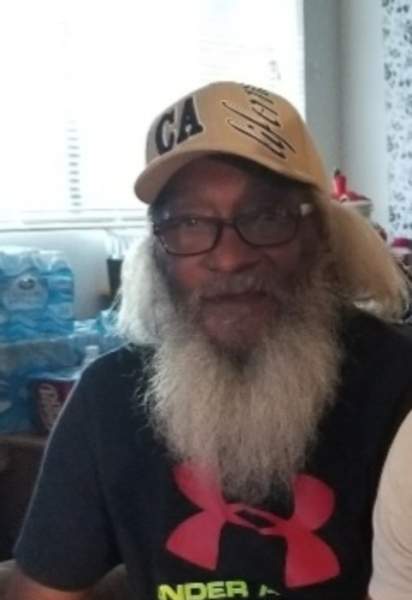 Partman, Alexander B.
Alexander B. Partman 'AB', passed away at the age of 76 on November 25th 2021 surrounded by his loved ones.  A.B was born August 28, 1945 in Columbia Louisiana to Ida and Eugene Partman.  He graduated from Union Central High School in 1963.  He shares four sons with his first wife Pearl but was later divorced.
A.B loved to travel and eventually settled in Albuquerque NM with Edith "June" Herrera who he shares a daughter, Ida, with. He remained with June through his final days but never re-married. He also has two sons from a prior relationship, Alex and Janosh whom currently reside in Germany.
A.B was a loving person who made friends everywhere he went, he knew how to make you smile and laugh without even trying.  He loved music and loved playing the harmonica which he did for years as part of the band Harvey and the Prowlers and later with his own band Alex and the Rockets.
The only thing he loved more than his music was his grandchildren, whether they were by blood or just children he "adopted" as his grandchildren.
A.B is survived by his significant other, June Herrera; his daughter, Ida;  grandchildren and great grandchildren from Maryland all the way to Germany.
He is preceded in death by his parents,  Ida and Eugene Partman; son, Christopher Partman; sister, Della Tatum and brother, Eugene Brown.
We celebrate the life and love Alexander Partman shared with us on Tuesday, December 14, 2021 and invite all those who wish to join us at 10:00 am at Strong Thorne Chapel, 1100 Coal Ave SE, Albuquerque, NM 87106.
To view information or leave a condolence please visit www.strongthorne.com
Daniels Family Funeral Services
1100 Coal Ave SE
Albuquerque, NM 87106
505-842-8800

To order memorial trees or send flowers to the family in memory of Alexander Partman, please visit our flower store.