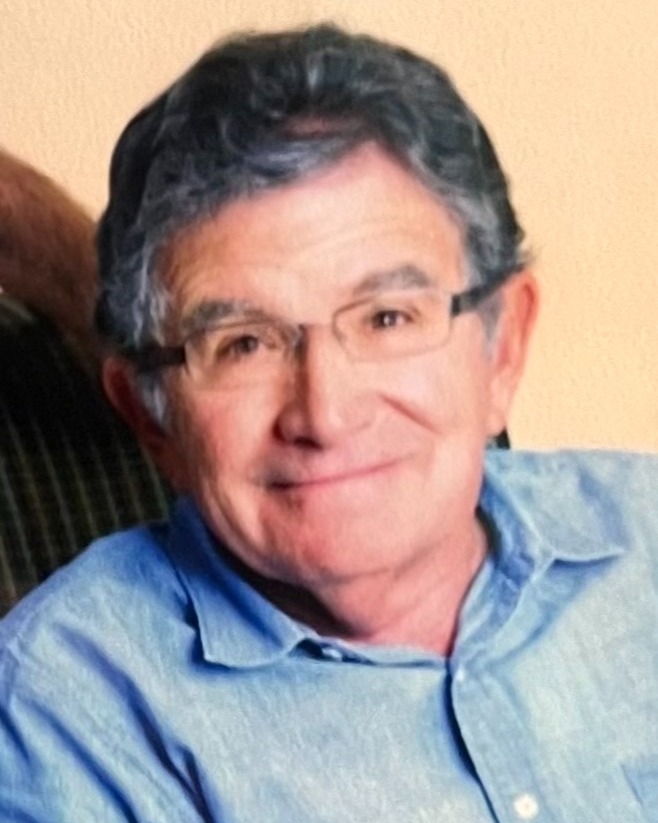 Chimenti, Bart Joseph
Bart Joseph Chimenti, 80, died of complications from cancer on October 21, 2022, at UNM Hospital with his wife, Donna by his side.

Bart is survived by his loving wife of 45 years, Donna, sister Angie, brother Bob, sons Damian, and Marchello, Daughters in law Charlotte, and Kate, grandkids Alana, Layla, Fiona, Stella, Salvatore, and Clara. He was preceded in death by his parents, Joseph and Josina.

Bart was born and raised in Albuquerque and was proud to be part of the first class to graduate from St. Pius High School after four full years (starting out in the basement of St. Mary’s). After graduating he attended 3 schools including St. Mikes in Santa Fe while in the seminary, and ultimately graduated from UNM with a degree in Economics & Political Science.
He next enlisted in the United States Army and was trained in combat Intelligence during the height of the Vietnam war.  Bart was assigned to a small unit on Okinawa doing Civil Intelligence work and had the opportunity to travel throughout the Far East.
After the army, he returned to live in Albuquerque, and started working in the family businesses, Lomas Warehouse and Sandia Auto, which distributed and sold automotive parts throughout the state. The business was successful and challenging to run until the eventual sale with the local independents mostly displaced by national companies. Bart loved his work and visiting customers and continued as an independent rep until his health concerns finally kept him from making his rounds.

Bart’s life revolved around his wife Donna and raising his family. He took joy in participating in most every type of youth sporting event, scouting, and school activity he could. Road trips throughout the great Southwest were always a joy and well planned out for maximizing adventure and new sights. He especially enjoyed backpacking, and fishing for his dinner in the Pecos Wilderness with his friends and family. He also loved Isotopes baseball games with his buddies in section 201, Notre Dame Football games, and a ski trip or two each winter well into his late 70’s, and even a historic brick collection were among his hobbies and joys.
Bart served on the St. Pius X development board and along with others came up with the idea of restoring and raffling classic mustangs. Being in the parts business Bart was the obvious guy to head this, and alongside his dear friend Ralph, restored six cars and made a ton of money for the school. Most recently Bart enjoyed serving on the Spruce Park neighborhood board for several years and thoroughly enjoyed living in an historic neighborhood near UNM and Nob hill.

We will honor and celebrate Bart’s kindhearted and fully positive life with a viewing/rosary and memorial at Strong-Thorne Mortuary Thursday, November 3, 2022 at 6pm. The Funeral Service will be held at Our Lady of Fatima Catholic Church, Friday, November 4, 2022  at 2pm followed by interment at the Fairview Memorial Park.

To order memorial trees or send flowers to the family in memory of Bart Joseph Chimenti, please visit our flower store.

Our Lady of Fatima