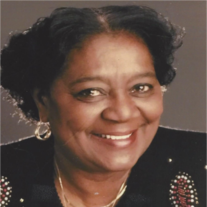 Bernice Holmes, age 83, beloved Wife, Mother, Grandmother, Sister, Daughter and Dear Friend served faithful as one of Jehovah Witness’s passed away on March 12, 2017. A cancer survivor and fighter, she is at peace after a long blessed life, rich with family and friends who miss her and remember her fondly. Bernice was born in Louisiana on December 15, 1933 and was raised in Texas before coming to Albuquerque and spending 60 plus years sharing her life in our community. She started in Nursing at Presbyterian in 1969 and made many friends and acquaintances there. Her home was open to many legendary gatherings with co-workers and friends and is remembered by many. Her kitchen was always open with a hot meal at the ready while enjoying her “music” in the background. For a time, she and her husband James were Proprietors of a Cafe named “Jabo’s”. She enjoyed fishing, reading books tending to her pink roses and garden. She had a special bond with her grandchildren and loved the Dallas Cowboys. She was a good listener and sounding board and always had a kind and uplifting word. She provided much needed support to immediate family and opened her home to all in need. She loved attending meetings at the Kingdom Hall. We are all much richer for knowing such a Kind hearted and warm person may her faith and walk in Jehovah gives us peace.

Visitation will be held at Strong Thorne at 6-8pm on Thursday April 6th, 2017 with Memorial Service on Friday April 7th, 2017 at 11am, located at 1100 Coal Ave SE followed by internment at Fairview Memorial Park located at 700 Yale Blvd SE

To order memorial trees or send flowers to the family in memory of Bernice Holmes, please visit our flower store.