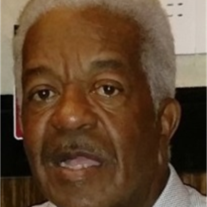 Bobby Irvin Kelly was born on March 23, 1946 to Horace Kelly and Lucy Mae Kelly in Alamogordo, NM and was the first African-American baby born at Gerald Champion Regional Medical Center in Alamogordo. He attended and graduated from Alamogordo High school in 1964, where he was a star basketball player. He was a member of Corinth Baptist Church, where he taught Sunday School and served as a junior policeman at Holloman Air Force Base.
In his early twenties, he moved to Los Angeles, California, where he worked for Southern California Gas Company. Majority of his career, he worked as the Metro Division  Sales Manager for Coors Distributing Co., Budweiser, and the Miller Beer Co. After moving to Florida, he worked several years as Director of Transportation for medical transport companies until he retired in 2013. He was a trusted, diligent worker and excelled to the top of his profession. People enjoyed working for him because he had a way of making you feel important.
He was a fun-loving father, generous to family, friends and anyone who needed help. He was the life of the party, and the comedian of the family. He was innovative, hard-working and a jack-of-all trades. He instilled discipline, love for family, a dedicated work ethic and a passion for life in his children. He was firm but fair. Even in stressful situations, his humor would leave you in stitches. Over the last few weeks of his life, not a day went by that he did not have us laughing.
He was preceded in death by his parents; Horace and Lucy Kelly, and siblings; Arlene Kelly, Edward Lee Kelly, Horace Kelly Jr., Charles Odell Kelly, Velma Jean Burns, Bobby Lee Kelly. He is survived by his spouse; Tammy Kelly, his children; Karen Rivera, Rosalyn Saucier, Stephanie Kelly-Johnson and husband Timothy, Bobby Kelly Jr., and Garrett Kelly, his siblings; Verna Jacobs and husband John, Ruby Lowe, Johnnie Faye Preston and husband Larry, Glenda Taylor and husband Jerry, Rhonda Patton and husband Dewitt, Joseph W. Kelly and wife Tina, Alice M. Kelly, Archie L. Kelly, and Ruthie Carral, his grandchildren; six grandsons and seven granddaughters and four great-grandchildren.

To order memorial trees or send flowers to the family in memory of Bobby Kelly, please visit our flower store.