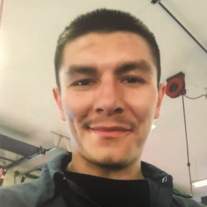 Brian Anthony Sais, 25, passed away unexpectedly on Thursday, August 10, 2017. He was born in Albuquerque, NM on July 21, 1992 and a 2010 graduate of West Mesa High School. Brian was extremely hard working. His love of cars began at an early age. Most recently, he was an automotive technician for Firestone. He had a warm smile to greet every person. He shared his big heart to everyone. He gave so much of his time, talent and love.

He is survived by his parents, Pauline and Jay Waterfield, Eric and Jackie Sais, of Albuquerque, NM; daughter, Lillyanna Brianna Sais; sibings, Shyann Phan and husband, Ricky, Eric Sais, Jr. and Deanna Sais; as well as many aunts, uncles, cousins and friends who will never forget Brian.