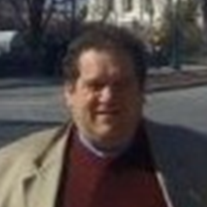 Bruce W. Donisthorpe, born January 3, 1960, native of Bloomfield, NM, passed from this life on July 24, 2016.  He is preceded in death by his sister, Karen Robinson, and his father, Oscar L. Donisthorpe, Esq.  Oscar was an attorney, farmer and seasoned political strategist.  His mother Christine Donisthorpe, served in the New Mexico State Senate from 1980 through 1996 and was NM Republican National Committeewoman from 1982 through 1988.  Like his parents, Bruce was an experienced political veteran with over 35 years experience in political and communication campaigns at the federal, state, local and tribal levels in New Mexico and throughout the United States.

Bruce worked on Capitol Hill in Washington, D.C., working for US Congressman Joe Skeen (NM). Bruce served as the Congressman’s Legislative Director, House Appropriations Committee Associate Staffer and as Political Director for the Congressman’s campaigns from 1992 through 2000.

Bruce returned to New Mexico in 2001 and founded BWD Global, a firm which has worked for a variety of clients over the years including universities, governmental entities and private sector companies as a public affairs and governmental affairs representative. Bruce was a subject matter expert in communications strategy, crisis communications, outreach, networking and coalition building.

Bruce received his Master’s Degree in Speech Communications from the University of New Mexico in 1985, focusing on political campaign organizations and advertising. As a Presidential Scholar, he received his B.A. from UNM in 1982 with a degree in Education, focusing on Communications and Government.  He was a Board Member of Kirtland Partnership and a Board Member of the New Mexico Coalition for Literacy.  Bruce was an alum of the Alpha Tau Omega (ATO) fraternity.

Bruce was a member of the Legacy Church, where his fellowship and education endeavors and activities will be sorely missed. Bruce was a lifetime fan of the S.F. Giants, and, of course, because of his affiliation with UNM, Bruce was an enthusiastic Lobo fan.

Services will be held on Thursday July 28 at 3:00 pm at the Legacy Church East Campus, 4701 Wyoming NE, Albuquerque.  A reception will follow in the Legacy Church gymnasium.  In lieu of flowers, the family requests donations be made in his name to the N.M. Coalition for Literacy or the UNM Foundation.

To order memorial trees or send flowers to the family in memory of Bruce Donisthorpe, please visit our flower store.