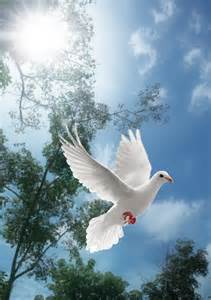 Charlene Alexa Guerrero went home to her Lord on December 4, 2018. She passed away peacefully in her sleep the night prior to her planned Christmas trip to Branson, Missouri. Charlene was born in Trinidad, Colorado on August 11, 1941. She was the child of Helen (Palowski) Guerrero and Dr. Alego Macedonio Guerrero Jr. She had one brother, Ronald N. Guerrero who also preceded her in death.

Charlene worked for the New Mexico Dept. of Labor for 30 years where she was a UI Claims Representative. She enjoyed these years assisting so many of her clients in finding employment and bettering their lives. Charlene's greatest loves in this life were her Catholic Faith, her Church and her travels worldwide. Her group tours brought her to almost every continent. She enjoyed the company of her fellow travelers as well as immersing herself in the many cultures of the world.

Over 100 world-wide trips brought her to all the countries in Europe, the British isles, China, Japan, numerous other Asian lands, Russia and Eastern Europe as well. Charlene visited most of all South American countries & explored Antarctica as well. She loved travel & cultures of every sort and enjoyed them by plane, rail, and sea, cart & camel!

Charlene was a woman who faced her life's challenges with a buoyant and generous spirit. She talked often of her travels, but rarely mentioned her quiet generosity to the many charities she embraced. her generosity extended to her charity to her Church, the Jesuit education fund, the Native American Missions, and many local charities devoted to abused women & children, homeless shelters, the list goes on & on. In all of her generosity, she adhered to the admonition of Jesus seen in the Gospel of Matthew 6:1.

Charlene is survived by distant cousins and close friends. Her life's passage will be celebrated with a Mass of the Resurrection on June 6th, 10:00 am at Immaculate Conception Catholic Church, 619 Copper Ave. NW in Albuquerque. Fr. Warren Broussard, S.J. will celebrate the Mass of Resurrection. The prayerful recitation of the Rosary will begin at 9:00 am in the Church.

Friends and her fellow travelers are invited to attend.

To order memorial trees or send flowers to the family in memory of Charlene Guerrero, please visit our flower store.

Recitation of the Rosary