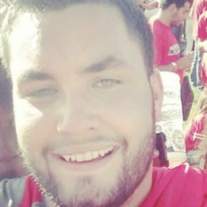 Christopher M. Mills, 24, passed away unexpectedly on Sunday, April 2, 2017. He was born on January 11, 1993 in Albuquerque. Christopher played football for Del Norte High School and graduated in 2011. A diehard Miami Dolphins fan and video game fanatic, he will be remembered as a quiet yet loyal friend. He was witty and good at making others smile. His laughter was contagious, and was very seldom seen without his hoodie and headphones.
He is preceded in death by his grandmother, Beverly Moss. Christopher is survived by his mother, Michelle Mills, his grandfather Bill Moss, sisters Stephanie Mills and Sydney Gutierrez, father John Day and his wife Tammy, and his two half-brothers Jonathan and Matthew Day. He is also survived by his extended family consisting of his aunt Renee Lowe, uncle Todd Mills, five cousins and two second-cousins as well as many family members in South Carolina.
Cremation has taken place and a Memorial Service will be held at 7:00PM on Thursday, April 13, 2017 at Strong-Thorne Chapel, 1100 Coal Ave SE, Albuquerque. In lieu of flowers you can donate to the family's GoFundMe account here: https://funds.gofundme.com/dashboard/christopher-mills-memorial
To view information or leave a condolence, please visit www.danielsfuneral.com.
Strong-Thorne
1100 Coal Ave SE
Albuquerque, NM 87106
505-842-8800

To order memorial trees or send flowers to the family in memory of Christopher Mills, please visit our flower store.