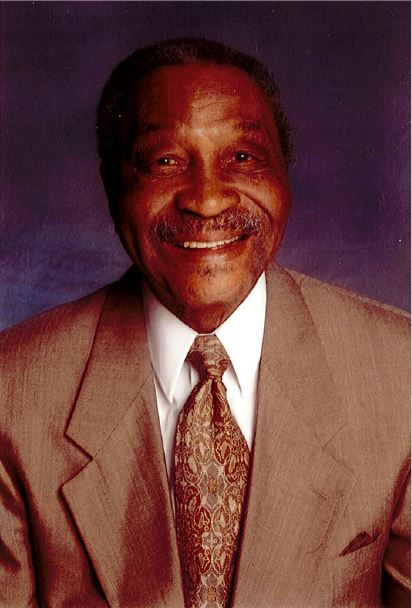 Cleo H. Russey was born May 27, 1920, in Muskogee, Oklahoma to the union of Mr. Elmer Russey and Mrs. Gertrude Russey. Cleo was the oldest of four children. At the early age of twelve, his mother passed away due to illness. Shortly after, at the age of fourteen, his father also passed away. Cleo was left with the daunting task of taking care of his three younger sisters whom all preceded him in death.

At the age of twenty-three, Cleo enlisted into the United States Navy where he served for a number of years. Upon his return, he met and married Miss Dorothy Jenkins in which two daughters were born to this union.

Later in the early fifties, Cleo met and married Miss Lorene Richard. Born to this union were two daughters and two sons.

After the birth of two children, Cleo moved his family from Oklahoma to Albuquerque, New Mexico. In the late sixties, Cleo received Christ and united with Metropolitan COGIC under the leadership of the late Bishop W.C. Griffin where he served in many areas of the church before being ordained as a deacon where he served faithfully until his health failed him.

Cleo had always desired to complete his education and at the young age of eighty-nine, Cleo received his honorary high school diploma from Albuquerque High School. All in all, Deacon Russey loved God and his family and was loved by many. He will be greatly missed by all who loved him.

Deacon Russey was preceded in death by his mother, father, three sisters, his wife (the late Mother L. Russey), and one daughter.

To order memorial trees or send flowers to the family in memory of Cleo Russey, please visit our flower store.