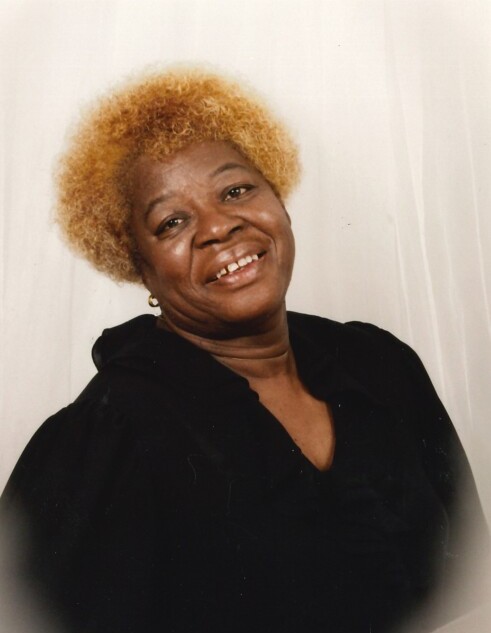 Darlene Burney was born in Henderson, Texas on March 8, 1941 to the union of Horace McCalster and Irene McCampbell Burney. Darlene was the 4th of 5 Burney children.

Darlene attended the Texas public schools where she left in the 10th grade.  She married George E. Means in Garfield, TX. They moved to Dallas, TX and to this union she was blessed with one daughter Rogenia, her “Beloved Gena” to whom she devoted her life.

Darlene divorced George Means and moved to Oklahoma.  She married Morgan Quarles and later accepted Christ as her savior. Darlene worked at the Alfred P. Murrah Federal Building in Oklahoma City, OK.  On Wednesday, April 19, 1995, the Lord told Darlene not to go to work that day. On that day, Timothy McVeigh and Terry Nichols bombed that building which killed and injured many people. To God’s glory he saved her life.  After the death of her husband, Darlene left Oklahoma and moved to Albuquerque, New Mexico where took an Eligibility Clerical job at the VA.  Darlene remained in that job until July of 2021, when she retired.

In 1995, Darlene Quarles became a member of the Faith Temple Church of God in Christ under the pastorate of Dr. Samuel Gilmore until his death.  Supt. James Walker became the succeeding Pastor of Faith Temple where she remained faithful and devoted under his leadership until her transition.

Mother Darlene Quarles was a hard worker in the vineyard. Full of the Holy Ghost with spunk and vitality, she was the head of the Nursing Home Ministry, Food for the Sick and Shut-in, Visitation Ministry, and the Food Pantry under the CDRC. Mother Quarles gave out many food baskets at Thanksgiving and Christmas. Mother Quarles sang with the Women’s Choir under Mo. Elizabeth Brown and Sister Cecilia Webb. She was a member of the Mother’s Board and a Lord’s Supper server. She always Testified of God’s goodness throwing that right hand with praises and hallelujahs. She and loved to dance and sing her favorite testimony songs “There’s a storm out over the Ocean.” And everybody was “Hon.”

She leaves to cherish her memory one daughter Rogenia Franklin of Albuquerque, NM, sister: Oida Faye Hamiliton and brother: Richard Burney of Oak Cliff, Texas, grandchildren: Crystal Rochelle Franklin (LA), Lonnie LaDunn Franklin (LA), Shaundra Camille Franklin (ABQ), great-grandchildren: twins Devona Shalaqa Todd (ABQ), Nile Devuntai Todd (ABQ), Elijah Makvandi (ABQ), Lyric Makvandi (ABQ), great-great grandchildren: twins, Josiah and Journey Todd (ABQ), nieces, nephews, cousins, and many relatives in Roswell, NM and Texas. She also leaves the Faith Temple church family and Living Water church family, who loved and will miss her, the Azusa District churches under Supt. James Walker, the New Mexico Jurisdiction under Bishop J. L’Keith Jones and under Supervisor Lula Kitchen, a great host of friends and many, many people who she worked with at the VA and in the community who loved her and are left to cherish her memory.

To order memorial trees or send flowers to the family in memory of Darlene Quarles, please visit our flower store.