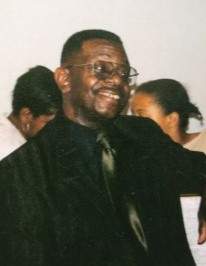 
Coats, David N
David Coats, son of sister Mattie Leveridge was born in Albuquerque NM on March 19th, 1950. David grew up in the city and was a graduate of Albuquerque High School during the spring of 1969. Upon graduation, David met and married the love of his life, Georgia Ellis, they remained married until her passing in 2019. they were married 49 years.

David and Georgia chose to reside in Oakland California soon after getting married, and later returned to New Mexico in 1974.  Later that fall, God blessed them with their first born and only child, Christopher Coats. David pursued a career of Diesel mechanics and later retire from Yellow Freight Trucking company after 25 years of service.
David had a passion for gardening and landscaping his own lawn. He received awards from the city of Albuquerque for his outstanding gardening and lawn care in the community. David loved working in his garage/shop and growing vegetables in his garden during the warm weather months. David had a passion for vintage cars, body building, martial arts, bike riding, watching sports especially boxing and track and field, car repair and restoring, and assisting or helping numerous friends, neighbors, and people any way he could.

David lived an amazing life of love for God, his family, and his fellow man. David was proceeded in detah by his wife Georgia M. Coats, his mother (Mattie) and younger brother Thurman. He leaves to mourn one brother, four sisters, one son, and a host of nices and nephews.
May God rest his soul.

To order memorial trees or send flowers to the family in memory of David Coats, please visit our flower store.