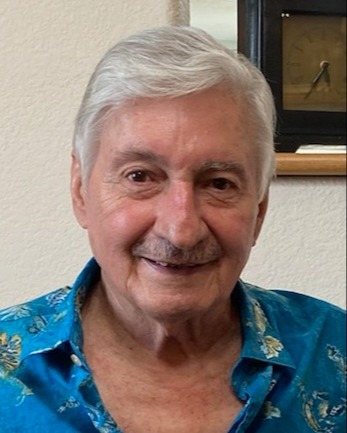 David Ruiz, beloved husband, father, grandfather, and brother died April 22, 2022, with his family by his side in Albuquerque, New Mexico.

David was born August 8, 1947, in Las Vegas, New Mexico to Della Montano. His mother was the light of his life and he cherished her deeply. David also enjoyed the company of his grandfather, Jose Montano, who took him to movies when he was a little boy.

David worked in the travel industry for Greyhound, Amtrak, Eastern Airlines and Southwest Airlines. After he retired, he continued to work with Meals on Wheels and the Summer Food Service Program for Children.

David’s hobbies and interests included cheering for the Denver Broncos, reading and listening to music. He was an avid fan of Elvis Presley and enjoyed hosting gatherings where he would entertain family and friends by singing Elvis Presley songs. He was a good big brother to his siblings, taking them to movies and concerts and helping them along the way in life. He enjoyed his dogs who brought him comfort in his last days.

We love and will miss him dearly.

A memorial service and reception will be held at 11:00 a.m. on Saturday, April 30 at Daniel’s / Strong-Thorne Mortuary (including electronic participation), 1100 Coal Avenue S.E. Interment to follow at Santa Fe National Cemetery May 31st at 3:00 pm.

To order memorial trees or send flowers to the family in memory of David Ruiz, please visit our flower store.