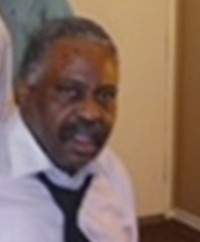 Delbert Darnice Dawson was born October 4, 1964 to Sonny Myers and Pearlene Dawson in Albuquerque, NM. God called him home on February 22, 2021.  He is preceded in death by both sets of grandparents and other special family members and friends.  He gave his life to Christ at an early age.  Delbert graduated from Sandia High School and moved to Hobbs, NM and started working for the Hobbs Fire Department, he worked there for several years and decided to change careers.  He joined the Sheet Metal Workers Union and started his journey as a sheet metalist where he traveled throughout New Mexico, Nevada, and Texas.  He became disabled in 2005 which ended that career.  He tried his hand with music where he developed a group that played through out Albuquerque, NM.  He played guitar which he enjoyed.

He always liked to have friends around to talk and share creative ideas.  He loved his family and always liked talking with his Dad.

He leaves to cherish his memories his parents Myer and Pearlene, his brothers Harvey E. Dawson(Kathy), Joshua G. Dawson and sister Jessica Marie Dawson all from Albuquerque, NM.  Also many aunts, uncles, cousins and hosts of other special family members and friends.

To order memorial trees or send flowers to the family in memory of Delbert Dawson, please visit our flower store.