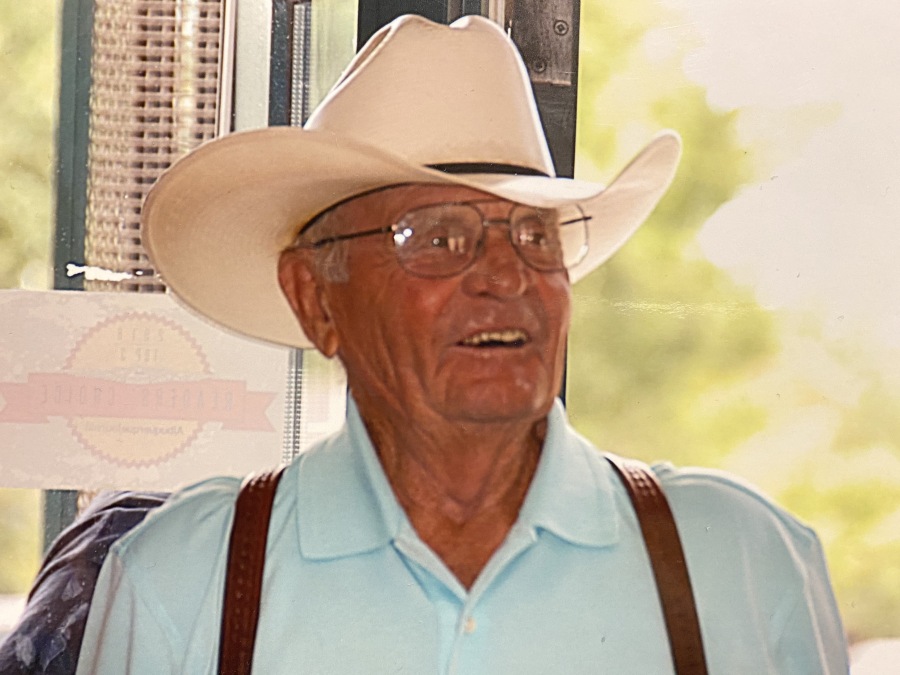 In nearly seven decades together, Demell Valker Kirkpatrick Jr. never tired of dancing with his wife.

Demell met Tonita Platero while in New Mexico to perform as a rider with the Boom Town Quadrille, a mounted square dance team that performed during specialty acts on the rodeo circuit in New Mexico, Texas and Louisiana. They had an eight-month long-distance courtship through letters, and, after Demell was drafted into the U.S. Army, married May 3, 1951, before he was sent to Germany.

Throughout their life together, Demell always loved to dance with Tonita — around the house, where they raised their four children, out with friends, at weddings and anywhere good Western dance music was played.

Family was always important to Demell. He was born Aug. 10, 1929, in Devol, Oklahoma, to Hester Colleen Kirkpatrick and Demell Valker Kirkpatrick Sr., the eldest of five children. He grew up on a large family farm in Oklahoma with his brothers, Gail, Bobby and Bill Kirkpatrick, and his sister Mildred Wooten. It was there he learned to work hard and love his family.

He played point guard for the basketball team in his high school in Randellett, Oklahoma, where the team received basketball scholarships to Oklahoma State University.

Rodeo was an important part of Demell’s life. He entered team roping and saddle bronc events, as well as provided pick-up man skills, in small-town rodeos, and performed with the Boom Town Quadrille.

Demell and Tonita’s four children were involved in sports, music, rodeo, Boy Scouts, Girl Scouts and various school activities. Demell enjoyed going to their events and volunteered as often as possible. This joy of family extended to his grandchildren and great-grandchildren and their activities. He loved putting the grand kids on horseback and teaching them how to ride.

Demell was a heavy equipment mechanic-operator. In 1993, he began working for the To’Hajiilee Community School, where he retired after 18 years, at at the age of 80.

In 1986, Demell’s life was changed forever when he came to know Christ as his Lord and Savior at Calvary Church of Albuquerque. He became a self proclaimed, “Jesus Freak” and served as an usher at the church for about 30 years. People who walked through his door were met with a warm greeting, a big smile, and a witty remark.  In addition to serving as an usher, Demell participated in Calvary’s Native American Outreach Program. He loved the Lord and loved sharing the good news of Christ with those around him.

To order memorial trees or send flowers to the family in memory of Demell Kirkpatrick, please visit our flower store.