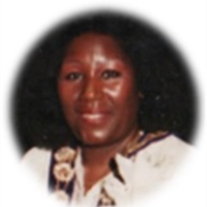 Dianne Denise Taylor “Dee- Dee” age 63 passed away on October 24, 2016. She was born in New York, New York, to Cecil & Emma King on September 20, 1953. She later moved to Albuquerque NM in 1971. She worked for the Albuquerque Transportation Department from 1981 to 1992.  She was a strong Christian woman. That loved God and raised her children to do the same. She was a faithful member of True Vine Baptist Church.    Also a member of  Mahalia Jackson Temple #1259 and  Mt. Everest chapter #3 OES. She was a  volunteer  for the Veterans Hospital, Blood Donor Services of New Mexico, just to name a few.    She enjoyed helping people and playing Bingo.  She leaves to cherish her memory, her husband Edward Taylor, after 31 years of marriage,  two children, Cecil and Nakia Hagins, four  grandchildren,  Dominque, Jade, John-Michael and Syeid. A host of foster children, her parents, three brothers, two sisters. Two brother in laws and three sister in laws.  She will be missed by the many hearts she touched and loved.
Visitation will be held at Daniels Family Funeral Services/Strong Thorne , November 2,  6:00 – 9:00 pm. 1100 Coal Ave SE, Funeral service will be held at Mount Olive Missionary Baptist  Church,  November 3, 11:00 am, 2401  University Blvd.   SE,  Final resting place will be Santa Fe National Cemetery, Santa Fe New Mexico, immediately following the funeral service. (3:00 pm)

To order memorial trees or send flowers to the family in memory of Dianne Taylor, please visit our flower store.