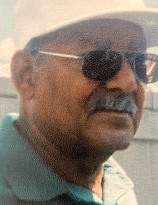 
Peters , Donald  W.  Sr.
Donald Wilson Peters Sr., age 92, formally of Parkesburg, PA was born April 25, 1930 to the late Ethel V. and Oliver W. Peters. After a lengthy illness on Friday May 13, 2022 he earned his wings and transitioned into a renewed life. He was fondly known as Donnie or Pete to his family and many friends. He was a very reserved caring individual with a kind heart. He enjoyed many things in life, such as sports, hunting, and fishing.

He grew up in the Parkesburg area. He graduated from Scott High School in Coatesville, PA and was very proud for holding the high school record for the longest javelin throwing for many years.  While employed at Allegheny Steel Company Donnie became Foreman and the first Westwood Foreman to begin training at the Breckenridge Works after his retirement from Allegheny Steel Company. He cared for his ailing father for many years and shortly after his Father’s death, Donnie moved to Albuquerque NM were he resided for approximately 30 years until his passing. Though he will truly be missed by family and friends he left a life-long legacy for us all to remember him.

Two siblings, Brenda Gagliardi of Wilmington DE; George Miller of Matthew, North Carolina, and a host of nieces, nephews, other relatives and friends.

To order memorial trees or send flowers to the family in memory of Donald Peters Sr., please visit our flower store.