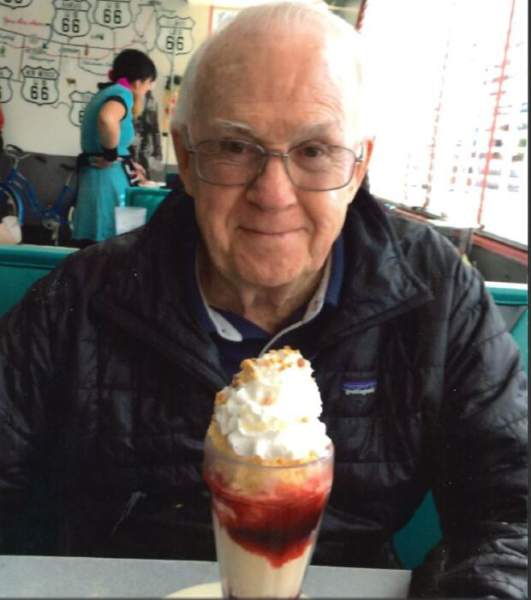 James R. Stevenson, MD, JD, and Colonel, US Army (Retired), age 83, passed away peacefully on April 14, 2021 at home surrounded by a very loving family. He is preceded in death by his parents, Esther and Lester Stevenson, as well as by his brother, Robert Stevenson. He is survived by his beloved wife Sara Stevenson of 63 years, four children: Brad, Tiffany, Jill and Trevor; sister-in-law Jan Johnson; son-in-law, John; six loving grandchildren, James, Sydney, Abigael, Braden, Brooke, and Huntr; one grandson-in-law, Ian.

Jim was an army veteran with tours in Hawaii, San Antonio, West Point, and Vietnam. He was Chief of Radiology at WestPoint from 1967 to 1969, and at the 12th Evacuation Hospital in Cu Chi, Vietnam from 1969-1970. He was awarded an Army Commendation Medal for his time in Vietnam, as well as a Bronze Star and a Republic of Vietnam Honor Medal First Class. He achieved the rank of Colonel, and continued his medical military career in the US Army Reserve Medical Corps until his retirement in 2001. Jim established his medical and legal careers first in private practice, then as a medical legal consultant, as well as the Medical Director of TransRay Diagnostic.

Over the course of his life, Jim served in many offices and committees, including: Charter Member of American College of Nuclear Physicians; President of Staff at ATSF Memorial Hospital, Board of Trustees to the same; Treasurer, President, and Medical-Legal Liaison to the Executive Committee respectively to the New Mexico Society of Radiologists; Jim was Vice President of the Rocky Mountain Society of Nuclear Medicine; Alternate Counselor and Counselor to the American College of Radiology; Nominating Committee, Bylaws and the Resolutions Committee of the American College of Legal Medicine; Chairman of the Medical Legal Committee and the Committee of Bylaws and Resolutions for the Radiological Society of North America; Chairman of the Medical Staff By-Laws Committee, as well as the Network Selection Committee, a delegate to the Sub Board, a senior leader of the Development Program, and a member of the Clinical Performance Committee at Presbyterian Hospital; and Secretary, Vice President, President, Treasurer, Director of Quality Management, and Corporate Compliance Officer for the Radiology Associates of Albuquerque.

He was widely published with a number of contributions in several publications including the District Attorney's Guidebook and Medicine and Law. He taught courses, and gave presentations at conferences including the Medical-Legal Ethics Conferences, the Radiological Society of North America, and the 11th World Congress on Medical Law in Sun City, South Africa.

This is only a fraction of all that he accomplished, but when asked, he would say that he was most proud of being a loving husband to Sara, a father, grandfather, and friend. He could often be found fishing by his woodland cabin, playing or watching golf, and enjoying ice cream with his family. Jim loved his Sigma Chi Brothers. He loved to travel, and visited every state except North Dakota. He visited all seven continents. He held the ever important position of Santa Claus at every holiday party. Over the years, he cultivated an incredible library. It stands a testament to his love of the written word. His favorite author was Charles Dickens. He collected over three thousand books and read every last one, including the Classics in law and medicine. Most of all, he loved to have his family around him and built two cabins over the course of his life where his loved ones could come together. His children and grandchildren harbor many fond memories of hikes through the forest and evenings around the campfire. His smile was something to behold and he brightened every room he set foot in. He was a truly wonderful man and he will be deeply missed.

In lieu of flowers, please send a contribution to the Vietnam Veterans or the church of your choice. A funeral service will be held on April 30th, 2021, at 12:00 pm Strong Thorne Funeral Home 1100 Coal Ave SE Albuquerque, NM 87106

To order memorial trees or send flowers to the family in memory of Dr. James Stevenson, please visit our flower store.