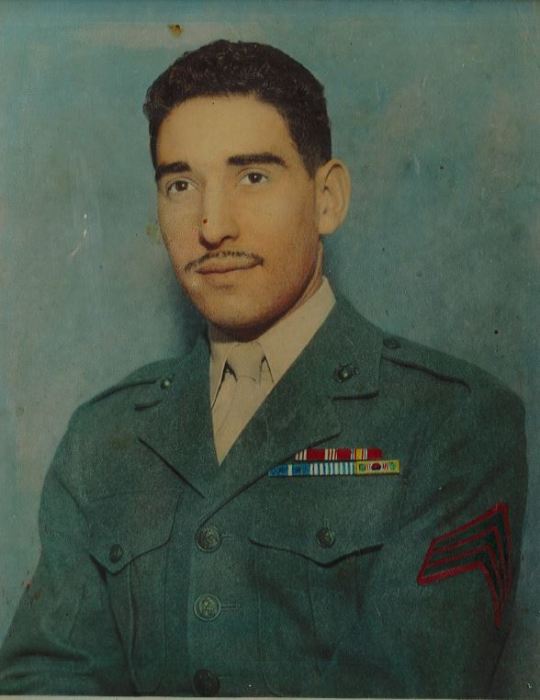 Born March 2, 1931, age 87.  He devoted most of his life service to our country.  At an early age he joined the Army, then Marines and the Air Force serving consecutively for 26 years.  He retired with honors as a Staff Sergeant.  After retiring from the service he took a job with the Journal Tribune where he worked for 15 years.  After a long illness with cancer, which he recovered after chemo treatments; he also had Parkinson’s and Dementia. On May 19, 2018 he passed away at home with his loving wife Rachel at his bedside.  He enjoyed the company of his brother Johnny; hunting, fishing and exploring the mountains which they both loved.  He is survived by his 4 sisters and 2 brothers. Preceded in death are his parents Juan and Ruby, brothers, Johnny and Solomon, sisters, Flora and Veronica.
“During his life my darling husband did it his way. “

To order memorial trees or send flowers to the family in memory of Eduardo Chavez, please visit our flower store.