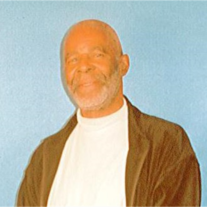 Edward Lee Taylor lll (aka Sonny, E.T.) age 67 passed away August 13th 2017. He was born in New Jersey to Susan Wilson (Taylor) and Edward Lee Taylor Jr. on November15, 1949.
He came to Albuquerque, New Mexico in 1980 and was stationed at Kirkland Air Force Base. He remained in Albuquerque and worked for Albuquerque Transit Department as a bus driver. He worked there from 1984 until he retired in 2011. He was active at Transit and was an active union representative and beloved by all as E.T.

Edward Taylor belonged to several organizations IBPOW of W- of Navajo Elks Lodge, also a Mason vision lodge 18, where he served as secretary.  He also was a member of true vine Baptist church for over 20 years and a recent member of Pilgrim rest missionary Baptist church.
Edward Taylor was a handy man who helped anyone who asked.  From fixing cars to taking care of the church as well as his organizations. People could count on Edward for anything. He was a God fearing man and devoted Christian. Edward loved his family and friends beyond measure and was the provider and protector of his family. He will truly be missed by many.
To order memorial trees or send flowers to the family in memory of Edward Taylor III, please visit our flower store.