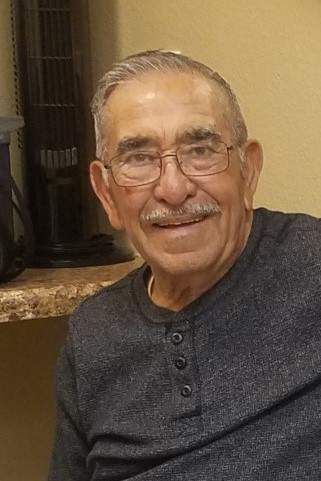 Elfego Chavez, 88, went to his heavenly home on Wednesday, October 14, 2020 at his home in Torreon, with his family at his bedside.  Mr. Chavez was born on January 22, 1932 in Torreon, NM to Melcor and Concepcion Chavez.

On May 22, 1954, he married his wife, Reina, they lived in Torreon, NM and raised seven children.  He lived a rich, spiritual life and was a faithful member of San Antonio Catholic Church in Torreon and an active member of the Society of Saint Joseph (Sociedad de San Jose).  Elfego retired from the U.S. Forest Service in 1994 after 34 years of faithful federal service.  He was well-known for his gift of well wishing.  He enjoyed singing, dancing, and helping others.  He loved gardening and took pride in his garden, especially his pumpkins.  He loved spending time with his family, grandkids and sharing stories.

The family would like to give special thanks to everyone for their prayers, help and support.

To view information or leave a condolence please visit www.danielsfuneral.com

To order memorial trees or send flowers to the family in memory of Elfego Chavez, please visit our flower store.