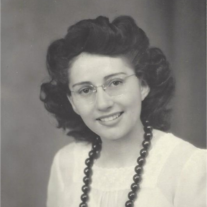 Esther T. Armijo, 92, a loving wife, mother, grandmother and friend, past-away peacefully to be with the Lord, while surrounded by her family on Tuesday, August 9th, 2016.

Esther was preceded in death by her parents Abelino S. Torres and Isabel Birner Torres and her husband of 51 years, Maurice Armijo, Jr., sisters Virginia Forte and Emily Montoya.

Esther is the daughter of Abelino and Isabel Torres.  Esther was born in San Marcial, NM on August 19, 1923.  After the flood in San Marcial, the family moved to Albuquerque where she graduated from Albuquerque High School in 1941, then attended Albuquerque Business College. She met the love of her life, Maurice Armijo, Jr., and were married in 1946.  They soon started a family and lovingly raised three children.  Esther worked and retired after 25 years from the NM Livestock Board.  During her retirement, she enjoyed cooking and spending time with family and loved attending Lobo basketball games. Esther was a member of the Immaculate Conception Catholic Church.
Visitation will be held on Sunday, August 14, 2016 at 5:00 PM at Strong-Thorne Chapel. The rosary will be recited at 6:00 PM at Strong-Thorne Chapel, 1100 Coal Ave., SE.  Mass will be held Monday, August 15, 2016 at 10:00 AM at Immaculate Conception Catholic Church, 619 Copper Ave., NW.  A reception will follow the Mass at Strong-Thorne Reception Hall and Internment will take place at Santa Fe National Cemetery at 3pm.


To order memorial trees or send flowers to the family in memory of Esther Armijo, please visit our flower store.