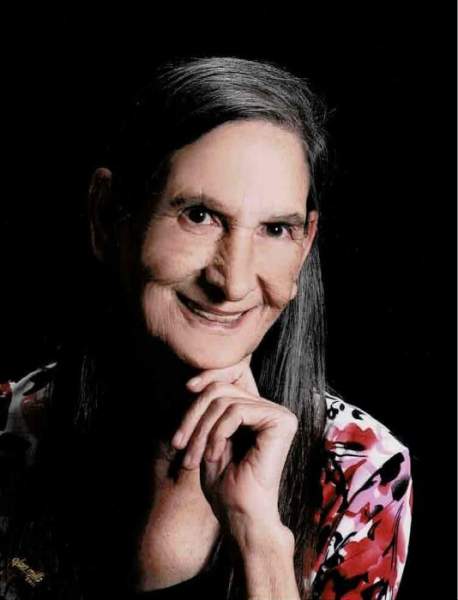 Mary Flora Crutcher, also known as Flora or Flo, was born, and raised in San Antonito, NM on July 21, 1946, to Elias and Lucarita Caldwell. Flora grew up in a small stone house amongst the Sandia Mountains with her 12 brothers and sisters. She often shared with her children, fond memories of growing up in the mountains.

Later in life, Flora would be introduced to Earl through family and friend Fobie and Russ. Flora and Earl would marry on June 11th, 1977. From this union, Earl and Flora had three children Delia (from a previous marriage), Juana, and Ramona.  Flora would stay home with her children until they all reached school age then entered the workforce at K.A.F.B. as a housekeeper.  Flora worked 25 years receiving many accomplishments, appreciations, and awards for her exceptional work ethic, which she passed down to her children. In July of 2008 Flora retired from the base and became a full-time grandmother.

Flora adored her grandchildren. She spent her days caring and loving on her family. She loved to listen to Fats Domino, sing in Spanish, dance the twist, cook beans and chile, bake cakes, shop at the Doller Tree (They even offered her a job!) and watch Syfy movies (Superman and Godzilla could never rest). Flora was a strong woman; she often opened jars for Earl. Her grandchildren were her joy. She was always there for her daughters and grandchildren. She gave her best for them, a true MOMMY. She gave laughter (in her own words, “I’m a comedian.”). She gave her time, always calling to say goodnight to her grandchildren. Her nightly mantra before bed, “Good night, God bless you, Mama loves you.” It wasn’t exclusive to her children, but it was given to all her family, nieces, and nephews alike. She was an incredible woman.

Flora was a woman of faith and a role model for her daughters. She came to know her Lord and Savior at Rio Grande Baptist Church where she was baptized in the early 80’s. She later changed her membership to Macedonia Missionary Baptist Church then to Grace Temple Baptist Church with her nephew and Pastor Rev. Willie Russell Sr. It is here she continued her worship.

Flora was an amazing mother, grandmother, aunt, and sister. On June 21, 2021, Flora was called home to glory. She is preceded in death by her husband Earl Crutcher, parents Elias and Lucarita Caldwell, sisters and brothers, Erminia Garcia, Gregorita Boyd, Bernie Caldwell, Eusebio Caldwell, Eloy Caldwell, Sebedeo Caldwell, Leroy Caldwell, and George Caldwell. She is survived by her by her brother and sisters Albino Caldwell, Ruby Griego, Tilly Caldwell, Betty Caldwell, and sister-in-law Dorothy Crawford. She is also survived by her daughters, Delia Polanco, Juanita Muller (Daniel) and Ramona Crutcher grandchildren Nisa, Isaiah, Jordyn, Aria, and Terri and a multitude of nieces and nephews.

God placed the sweetest of mothers into our life. Mom, “You have fought a good fight, you have finished the course, you have kept the faith.” Rest in heaven Mommy!

To order memorial trees or send flowers to the family in memory of Flora Crutcher, please visit our flower store.