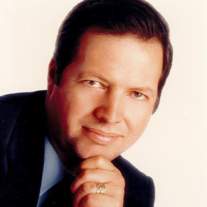 Gary worked for Sandia National Laboratories for 22 years, Computer Sciences Corporation for 11 years, and the U.S. Air Force Weapons Laboratory for over four years. He was also an Honors Professor in Computer Science at Luna Vocational Institute in Las Vegas, NM. He belonged to the Air Force Association, the Reserve Officers’ Association, the American Physical Society, the American Geophysical Union, the Association for Computing Machinery, the New MexiChords Barbershop Chorus, and the Prostate Support Association of New Mexico.

Gary and his wife, Celia, were members of Our Lady of Guadalupe Catholic Church in Peralta where Gary served as WebMaster, Extraordinary Minister, Choir Member, Parish Council Member, and Cemetery Volunteer. He was an active supporter of Caltech, the University of Chicago, the Mayo Clinic, and the Airmens’ Relief Fund.

Gary’s hobbies included computer services for small non-profit organizations, singing, traveling, reading, and studying history.
Although Gary converted to Catholicism, he was born and reared Methodist, and spent his retirement years happily rehearsing and performing at St John’s United Methodist Church with the New MexiChords.  He believed there is a time for prayer, a time for worship, a time for duty, and a time to enjoy God’s gifts. He loved people, and he enjoyed talking. Gary was a member of a military family: his grandfather, Marvin Burton, served in WWI, his father served in WWII (Normandy D-Day +1), and his uncle, Dwight Cable, was a Bataan Death March survivor.
Gary was preceded in death by his parents, Lowell and Martha Cable; paternal grandparents, Dr. W. Arthur and Etta Cable; and maternal grandparents, Arizona State Representative Marvin L. and Virginia A. Burton.

Gary is survived by his wife of 43 years, Celia Cable and their son, Orlando G. Cable, of Peralta, NM.

A Memorial Service will be held on Thursday, July 13, 2017, at 5:00 PM at St. John's United Methodist Church, 2626 Arizona St. NE, Albuquerque, NM. Reception immediately following the service. Inurnment will be at a later date at the Santa Fe National Cemetery.

The Cable family would like to thank their neighbors Mr. and Mrs. John Taylor, Mr. Charles Chavez from Onpointe Hospice, and Mr. and Mrs. Louis Reimer.

In lieu of flowers, donations may be given in Gary's memory to the Prostate Cancer Support Association of New Mexico and/or the New MexiChords Barbershop Chorus.

"Let There Be Peace on Earth"
To order memorial trees or send flowers to the family in memory of Colonel Gary Cable PhD, please visit our flower store.

Our Lady of Guadalupe Catholic Church