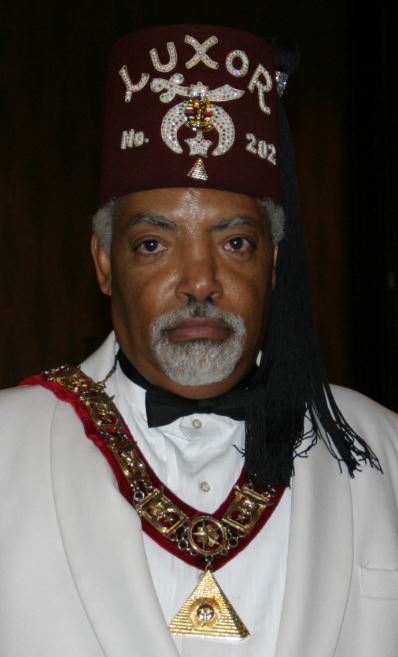 George was raised in Cleveland and entered the U.S Air Force in 1970, he was stationed in several U.S states and countries, Abroad-Germany was his favorite. George retired at Kirtland AFB, NM in 1990. He received several medals and commendations during his service to his country. He held several post-retirement jobs and was involved in many community service projects. his favorite was cooking specialty meals for his Masonic Organization, in the kitchen at the Postal Carrier's 123 Hall. He belonged to several other organizations, American Legion Post 99, Navajo Elks Lodge. Held many positions in his beloved Masonic Organization and was a decorated Shriner. George received various awards in services to his Masonic Lodge and Temple. He was a dutiful member of the KAFB Protestant Chapel service and enjoyed attending other churches with his extended family. He was most passionate when working with young people with their athletic endeavors. George enjoyed helping people especially veterans he also played bingo wholeheartedly.

George was married to his wife, Jean who he called "Jeanie-Weenie" for eight and half years. He was a proud husband and father to daughter, Johnterry and step-father to Daryl (Julianne) and Sharron (Eslam). A loving grandfather to Frederick, Isyss, Tatum and Farrah.

George was a wonderful friend and Masonic brother who will be truly missed.

He leaves to cherish his memory not only his widow and children, but three sisters who live in Florida. George is proceeded in death by his oldest sister. George was the "baby brother". Also a very large Masonic Family and American Legion family. There were so many that loved him. George never met a stranger, he shoed kindness to people that he met. His creed was to "help people so that they may help others".

Also left to mourn him are his furry friends, Bootsie, Chipper and Buddy. Family and friends will always fondly cherish him in memories.

To order memorial trees or send flowers to the family in memory of George Williams Jr., please visit our flower store.