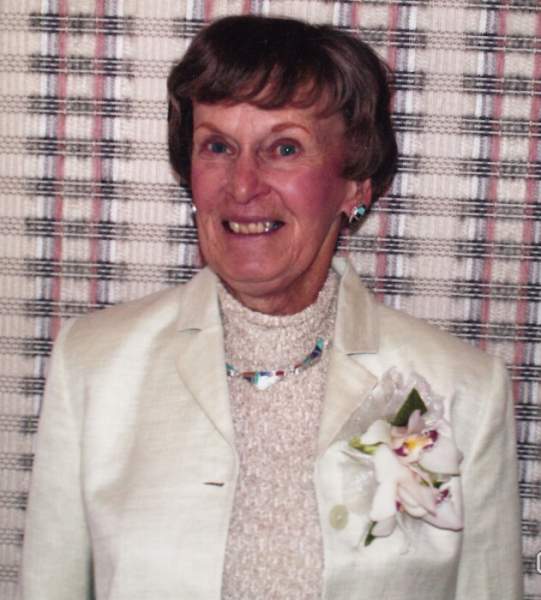 Born and raised in San Francisco, Gerry married Charles who was stationed in the Navy at Hnnters Point, CA. There they began their family, moved to Tucson and then to Albuquerque. After divorce, Gerry was married for 20 years to B.F. Kitchens until his death in 1992. In 2003, Gerry and Charles reunited their relationship.

Gerry made her career at Montgomery Ward. Smartly dressed in her stylish suits, she worked in Personnel and, after 25 years, retired as a Personnel Specialist in 1986. Later, she provided childcare to grandson Aaron and neighborhood friends.

She joined Jazzercize and attended several times a week until shortly before she turned 80.  She made many dear friends at Jazzercise and would often go to lunch with them.  Inquisitive by nature, Gerry loved people and believed every person was worthy of her friendship.

Gerry was deeply loved and highly respected. Her family, friends and all who knew her are greatly saddened by her loss; yet, comforted knowing she is now in her heavenly home.

To order memorial trees or send flowers to the family in memory of Geraldine Kitchens, please visit our flower store.