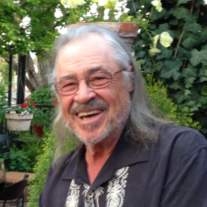 Gerard "Jerry" Paul Dumas, 66, loving husband, father, grandfather, brother, uncle, and friend that many called "my best friend" passed away on Sunday, January 8, 2017. He was born on April 19, 1950, to Rene Gerard and Cecile Lillian (Dauplaise) Dumas in Springfield, MA.

Jerry was an avid outdoorsman from childhood on and was very proud of earning his Three Palm Eagle Scout with the Boy Scouts of America. His academic career included graduating from Cathedral High School (Springfield, MA), and receiving his Bachelor's Degree in Journalism and Juris Doctorate from the University of New Mexico. Jerry was a very popular radio DJ under the name "Sebastian Lee” prior to receiving his law degree. As a very intelligent and creative man, with special negotiation skills, his successful career paths included practicing tax law, and structuring complex finance deals as an investment banker, real estate developer, and tax consultant. Jerry had many hobbies, and he excelled at everything he threw himself into, never doing anything halfway. He was a scratch golfer, having shot his age at only 66, an avid fisherman and hunter, an expert tracker, a gourmet cook, and a music lover. Jerry also loved his Boston Red Sox and New England Patriots, as well as architectural design. He never stopped learning and was a great conversationalist and joke teller.  He was loving, generous, witty, encouraging, incredibly intelligent, dependable, a protector, a defender, and oftentimes, irreverent. He was simply the life of the party.

Jerry was preceded in death by his parents, as well as children, Tina Dumas, Paul Dumas, and Roger Dumas. He is survived by his wife of ten years, Brenda Ulmo Dumas, of Peralta, NM; children, Jennifer Joy Dumas and her wife, Quinn Bumgarner-Kirby, of Albuquerque, NM, John Frank Dumas and his wife, Audrey, of Los Lunas, NM, Carol Jean Cazé and her husband, Roberto, of Albuquerque, NM, Michael Gerard Dumas and his wife, Ruth, of Peralta, NM, and Gerard Paul Dumas, Jr., also of Peralta, NM; stepchildren, J. Stephen Peirce, III, of Portland, OR, and Alicia Peirce Kasch and her husband, Joe, of St. Louis, MO; six-with one on the way-grandchildren, Harlan and Henry Dumas, Riley, Olivia, Lumi and a soon-to-be-born Dumas, and Azelyn Cazé; siblings, Roger Dumas and companion, Liz Reeves, of Ludlow, MA, and Carol Frank and her husband, Allan Frank, of Philadelphia, PA; nephews, Michael and John Holtz; and the mother of his children, Ann Wirth Dumas.

A Memorial Service will be held at 4:00 PM on Friday, January 13, 2017, with a reception following at Strong-Thorne, 1100 Coal Avenue SE, Albuquerque.  In lieu of flowers, contributions may be made to The Toby Grossman Indian Alumni Scholarship Fund at the University of New Mexico School of Law.