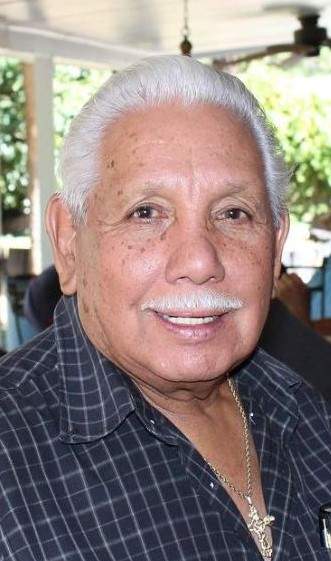 Gilferd J. Pacheco, 79, surrounded by his loving family, entered the gates of Heaven on Wednesday, November 7, 2018.  He was born September 5, 1939 to Juan B. Pacheco and Adela B. Pacheco in Albuquerque, NM.

On June 23, 1962 he was united in marriage to Lucy Sanchez. Shortly after, in 1963, he enlisted in the Army and was deployed to Germany. There, they had their first son and were stationed for a little over a year before returning home to Albuquerque to raise their family. Post-military, Gilferd worked for General Electric for 28 years before retiring in 1997. After retiring, he was able to focus on caring for his rental houses, which he greatly enjoyed and has always kept a great rapport with his tenants.

Aside from their busy lives at home, Gilferd and Lucy frequented their lake house at Conchas, NM. Anyone who knew him could tell you how much pride he had in this house that he put countless hours of love and labor into. This was his sanctuary, his home away from home.

Gil was generous, loving, and kind to anyone he met. He deeply loved his children, grandchildren, and great-grandchildren and had nicknames and funny quotes for all of them.

In lieu of flowers the family has suggested donations be made to The Pulmonary Fibrosis Foundation.

To order memorial trees or send flowers to the family in memory of Gilferd "Poochie" Pacheco, please visit our flower store.