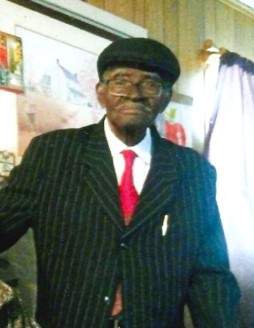 Grady Lee Young was born in Normangee, Texas in 1932, to the late Erma and Marvin Young.  He departed this life, Sunday October 26, 2020 with his family by his side.

He was proceeded in death by his parents; his lovely wife for 65 years, Moseller; two sisters, Ethel Payne, of Normangee, TX, and Shirley Bradley of Los Angeles, CA.; and one brother, Otis Young of Bryan, TX.

He served in the United States Army.  He attended Middle Branch in Normangee, Texas, Solomon Cole in Corpus Christy, Texas, Leona High School in Leona, Texas, and Lubbock Vocational School in Lubbock, Texas under the G.I. Bill.  In 1955, he married Moseller.  Grady was a Deacon at Mt. Zion Missionary Baptist Church in Albuquerque, New Mexico.  He retired from ABF Freight System and was a member of Teamsters Union and American Legion Post #122.

To order memorial trees or send flowers to the family in memory of Grady Young, please visit our flower store.