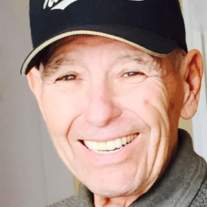 Born November 27, 1932, in Brooklyn, NY to Annette and Irving Jacobs. Harvey enjoyed hunting and fishing with his father in upstate New York. In fact, later in life he became a champion skeet shooter. He attended Tulane University for his undergraduate degree, and then NYU Dental College for his DDS.

While serving at the Pentagon, he was enlisted in the Army. In 1960 he moved to Albuquerque, New Mexico, and was a dentist with the Air Force. Harvey turned down a promotion to the rank of “Major” to go into private practice as a dentist, thus, honorably discharged from both branches of the armed services.
Subsequently, he went on to a successful 22-year career as a Dentist. He was the first Dentist in Albuquerque to use Nitrous Oxide in his practice and used other innovative techniques to put his patients at ease, such as providing a music playlist from which to choose from. At the time of his retirement, several of his colleagues remarked that he was “The finest Crown and Bridge man in town.”

Throughout most of his dental career, he invested successfully in Real Estate in Albuquerque and the East Mountains. He went on to the field of Dental Consulting where he worked for Delta Dental and the Carpenters Fringe Benefit Program, reviewing the claims of other Dentists to ensure their accuracy. Afterward, for a short time hobby, he bought and sold automobiles.

He was very athletic, starting with handball and then racquetball where he competed in tournaments and won his age group and the age group below for many years.

Harvey enjoyed gambling including betting on professional boxing. Among his other interests were reading and bicycling. Harvey was very social, generous, considerate, and a great friend to many. As a loving father, grandfather, and uncle, he will be dearly missed.

Services will be held at the National Cemetery in Santa Fe at 1:30 P.M. on Wednesday, July 5, 2017. Reception details will be updated once finalized.
In lieu of flowers, please send donations to the National Alzheimer's Association.