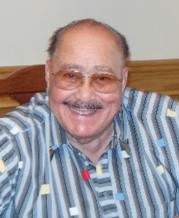 Haskel was peacefully called home on April 23rd, 2022
Born in Newberry S. Carolina on Sept.04 1931 to Haskel Sr. and Blanche Austin and named after his father, he was raised and educated in the Washington D.C. school system.
A graduate of Dunbar high school, and attended Washingtons Howard University. Haskel enlisted into the United States Air force in 1951 during the Korean War.
On May 21st, 1955, Haskel married the love of his life Jean Shirley Austin, née Gussom, who caught his attention while both were riding on a D.C. streetcar, and if it wasn’t named Desire, you would have never convinced Haskel of this.

As a career member and veteran of the United States Air Force, he would obtain the rank of Chief Master Sergeant, Haskel and Jean along with sons Kevin, and Kelly, logged countless miles traveling to foreign and domestic duty assignments. While stationed in Spain, and Germany Haskel learned Spanish and German, as he felt this would allow him to communicate and best understand the people and their culture.
Upon retirement from the Air Force Haskel located his family to the place they call home, Albuquerque N.M.

Haskel always dressed to impress, even on a bad day he was dapper, he ran with the bulls in Pamplona, he was a lifetime fan of Washington D.C.  sports teams, he enjoyed family trips, Masonic conventions, newspaper crossword puzzles, old western tv series and in addition to being a Gentleman Jack man, he was an oenophile and would gladly pull the cork and pour you a taste.

Known to friends by his pen name” Rascal”, he majored in journalism and prior to his enlistment, he pushed to be one of, if not the first black Journalist for the Washington Times Herald. Throughout his career, he continued his education, earning his master’s in human relations from Webster University, and a Bachelor of Science in occupational education form Southern Illinois University. Haskel served as a civil servant on Kirtland A.F.B. at the Phillips weapons lab and served as a captain in the New Mexico state guard. He was the first African American to serve as both post commander of American Legion post 49, and N.M. state commander of the American legion, Haskel was also a member of the Forty and Eight, a veterans’ organization committed to charitable and patriotic gains. Among other various achievements, duties and organizations of which he was associated.

Haskel began his apprenticeship into Freemasonry as a young man, and was a Past Master. He was a Potentate in the shrine and in 2004 after thirty years of continuous membership ,he was awarded a life membership certification of the Ancient Egyptian Order Nobles Mystic Shrine, and was  most proud of being a Prince Hall Freemason of the 33rd degree.
The number of his deeds and to those whom he helped personally and through his affiliations are countless, he surrounded himself with good people and was a better person because of it. Haskel was a friend and mentor to many and will long be remembered as a beloved and respected man amongst family, friends, and community.
He once said “don’t be saddened when I go, Life is precious, celebrate it. And I have”
Haskel Austin is survived by his wife Jean Austin, Sons Kevin and Kelly Austin, daughter in law Candida Rodriguez, grandchildren Latasha,Tajun,Tysean and Tiana, brother Thomas Austin and family, sister Daphne Carrington and family. Haskel was preceded in death by his mother Blanche Austin, his father Haskel Austin sr., brother Tracy Gary, sister Lolita Atkinson, brother Curtis Austin, brother Robert Austin, sister Mable Elliot,and beloved nieces, nephews, and in-laws.
There will be a Celebration of life for Haskel at 6:00 pm on May the 25, 2022 at the Strong Thorn Funeral Home, located at 1100 Coal Ave. S.E. Albuquerque
To view information or leave a condolence please visit www.danielsfuneral.com
Daniels Family Funeral Services
1100 Coal Ave SE
Albuquerque, NM 87106
505-842-8800

To order memorial trees or send flowers to the family in memory of Haskel Austin, please visit our flower store.