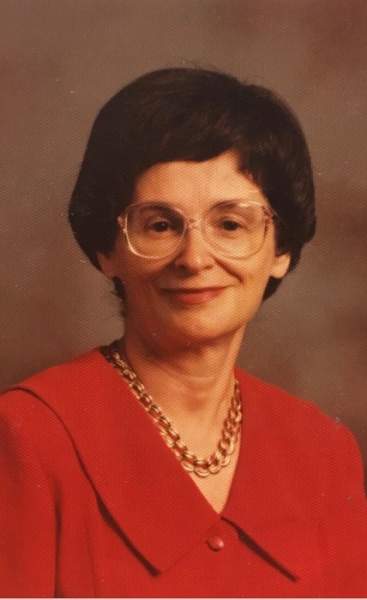 Hermine Francis “Holly” Boerner of Albuquerque passed away peacefully on May 14th, 2018 after a long struggle with Alzheimer’s.  She was born to the late Ted Carlitz and Jean Marie Carltiz on December 11,1934 in Llanerch, PA.

Holly attended junior high in Haverford Township, PA before moving to San Francisco and attending Mission High School. She lived in San Francisco until meeting her first husband and relocating to Albuquerque in 1950. There they went on to have three children Tom, Chris & Jenny. She later married again and lived for many years in Texas with her husband Gene where they raised their son John.

Holly spent the better part of her career working in retail sales and was at Dillard’s for 31 years.  She was a bridal consultant for much of that time and really enjoyed working with young couples. She made many friends along the way and was never too busy to help a fellow employee.

She had been a resident at Ridgeview Assisted Care for the last several years where she received excellent and loving care from all the staff. She was also cared for by Ambercare Hospice who helped her as well.

She was preceded in death by her husband Gene Boerner and her son Tom Callahan and two brothers Bob and Joe Carlitz.

She is survived by her daughter Chris Acosta of Grand Bay, Alabama, daughter Jenny Thatcher and husband Keith of Austin,TX, son John Boerner & wife Cathleen of Garland, TX & daughter-in-law Ginny Callahan of Albuquerque. She is also survived by her sister Roberta Carlitz of San Francisco, CA. Her many wonderful grandchildren are listed as follows:  Renee and Joey Callahan, Jennifer Scott, Stephanie Acosta, Katherine Smith, Travis and Zach Thatcher, Reba Searles, and Jacob and Jonathan Boerner. She is also survived by numerous great-grandchildren.

Holly will always be remembered as a kind, loving and selfless person. She enjoyed nothing more than spending time with her family. She made annual visits to Alabama & Texas to visit grandkids. Those trips always included a shopping adventure where she got to spoil each and every one of them.

A rosary and prayer service will be held on May 21st at Strong Thorne Chapel 1100 Coal Ave. SE Albuquerque, NM. Visitation will be at 5PM with a rosary, prayer service and reception to follow. All are welcome to attend & celebrate Holly’s life. Burial will be at Santa Fe National Cemetery on May 22nd at 12:45 PM. In lieu of flowers donations can be made to Ambercare Foundation 2121 Osuna Rd. NE Albuquerque, NM 87113.

To order memorial trees or send flowers to the family in memory of Hermine (Holly) Boerner, please visit our flower store.