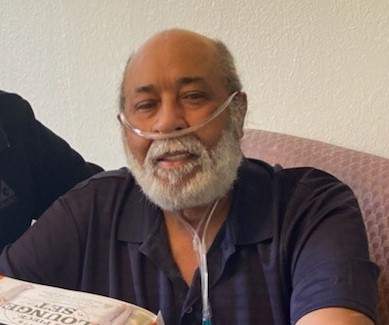 On the morning of Wednesday August 18, 2021 Hershel Morgan was granted his angel wings.  He was surrounded by family and friends that were very fond of him and reminisced on his memorable life.  Hershel Morgan was born December 1, 1951 in Houston Texas to Ophelia Morgan who later married Ferry Williams.  Hershel attended Lincoln Middle School and Albuquerque High School.  He graduated and then joined the United States Marine Corps.  He served 4 years, even doing a tour in Vietnam.  In 1992 he met Francis (Lewis) Morgan.  They were married for 30 years living in Albuquerque, NM.  Addie Carol Morgan gave him 3 children; Gloria Olloway, Debra Martinez and Hershel Morgan Jr. He also had a stepdaughter Vandora Gutierrezo.  Through them he had many grand children and great grandchildren.  Hershel was preceded in death by his parents Ferry and Ophelia Williams and his brother Alvin Morgan.  He leaves behind his beloved wife Francis Morgan.  His brothers Wesley Morgan, Joe Morgan, Lee Morgan, James (Ticky) Morgan and Manuel Williams.  His sisters; Darlene Stillman, Azalea Bradford-Collins and Marian Collins.  Hershel touched the lives of many people with his smile, laughter and maintained his trademark of generosity all the way to the end.

To order memorial trees or send flowers to the family in memory of Hershel Morgan, please visit our flower store.