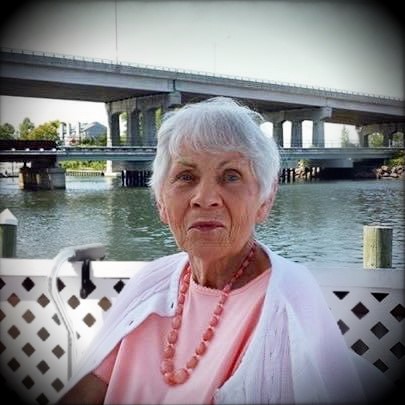 On Saturday, April 24, 2021, Irene Ellen Norton Connell passed away at home surrounded by her children, at the age of 93.

Irene was born on January 24, 1928 in Jersey City, New Jersey to Ellen and Daniel Norton. She married John Michael Connell in 1951 and together they raised four children.   Irene worked for Saint Peter’s University for over 20 years as the Executive Assistant to the President.  In 1988, Irene and John retired to Edgewater, FL where they enjoyed their friends and family for 20 years before moving to New Mexico with their sons to assist in care.

Irene had a passion for dancing and was always ready for a party or a social gathering.  She was witty and outgoing and had a knack for making everyone around her feel comfortable and included. Irene was unfailingly generous and supported many charities. She believed strongly in giving to those in need.

Irene was preceded in death by her mother, Ellen, her father, Daniel, her husband, John, her son, Kevin, and her brothers, Thomas, Vincent, Jerome, Francis, Joseph, and Robert.  She is survived by her sons James and John and his wife Lauri, her daughter Mary Ellen LaMendola and her husband Joseph, her grandson Joseph and his wife Kasi, her sister, Dolores and her brothers, Charles and Daniel.

A short internment service will be held May 13, time to be determined, at the Veterans Cemetery in Santa Fe, New Mexico where she will join the love of her life, John. In lieu of flowers, the family asks for donations to the Presbyterian Foundation for the new Hospice House.

To order memorial trees or send flowers to the family in memory of Irene Norton Connell, please visit our flower store.