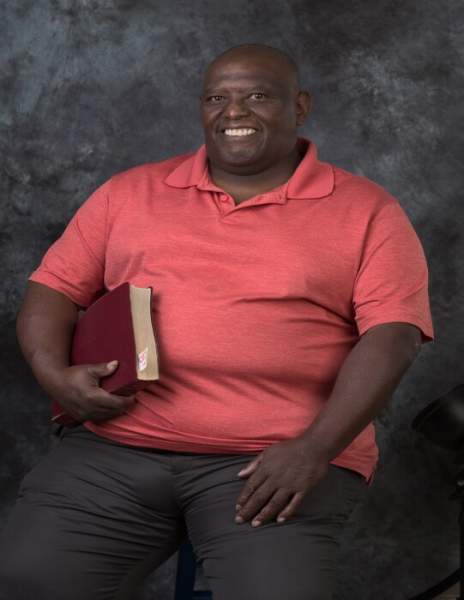 Jack Littlefield was born as an only child to Rufus D. and Jimmie Lee Littlefield. Jack was called to his heavenly rewards on March 26, 2022. Jack who was beloved of all that knew him was full of joy and laughter, but more importantly, Jack was a man who truly loved and trusted in the Lord with all his heart.

He was born November 2, 1956, in the great metropolitan of Cuero Texas, nicknamed the “turkey capital”. Fondly he remembered with immense pride the local festival called the “Turkey Fest”. The festival was where townsfolk competed with other people at various turkey-centric events with turkeys that had been raised from the local and surrounding neighboring towns. The events involved “the prettiest turkey contest, turkey toss, turkey trot, and turkey race.” He would state that unlike most turkey trots, where humans do the racing, in Cuero, the "turkey trot" involved racing actual turkeys.

Jack represented a success story of an individual that had fallen to the lowest of point in his life. For 35 years He had experienced a life of drugs and alcohol, not only in acquiring and using drugs, but also in distributing. This led to several brushes with the authorities and finally him being sentenced to 8 years of incarceration. It was here that a “Godwink” moment happened when a preacher showed up at the prison sharing the gospel changing a soul forever.

The Lord intervened and Jack was released early from prison, and after meeting Robin Montoya on a blind date, Jack and Robin were married on July 31, 2011, and he embarked upon a life of loving, living and sharing the love of God with all he encountered through his laughter and excitement with his newfound life in Christ. Robin went Home to Glory in 2019 leaving Jack a widower.

Because of how far the Lord had brought him, he was sold out for God and continued to be excited about life. Now his goal was to reach all that he could for Christ, sharing the message of hope in “if God had done it for him, God could do it for anyone.”

Over the latter years Jack and Wanda Rodarte had become very close and were anticipating marriage in the near future.

Jack loved the church and was ordained as Deacon, and after the retirement and relocation of Deacon Al Gamble, Remnant of Faith’s Church Administrator and Men’s President, Jack was elevated to the President of the Men’s Department.

Jack who loved to sing and dance in the spirit, (although he could not hold a tune) would come to Remnant of Faith’s Praise Team rehearsals. He was quickly promoted to “director” of the praise team and asked to go to the back of the room, enabling him to better advise us on how we sounded.

Jack was preceded in death by his parents Rufus D. and Jimmie Lee Littlefield and his late wife Robin Montoya-Littlefield, of whom he loved dearly.

To order memorial trees or send flowers to the family in memory of Jack Littlefield, please visit our flower store.