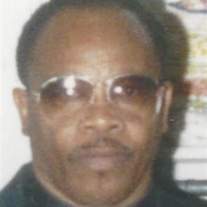 
Pastor James Carey Johnson was born January 29, 1943, the 2nd child born to James Walker Johnson and Eula Faye Madkins - Johnson in Henderson, TX. At the age of 3 months, his family relocated to Alamogordo, NM because his father was stationed there with the Army. They resided in NM for a few years. In 1946, his mom and siblings moved back to Henderson TX. There she met and married LK Renfro relocating to Winslow AZ. James attended Elementary and Junior High school. At the age of 15, he moved to Albuquerque NM and lived with his aunt, Missionary Annie Hodge. He attended Lincoln Junior High and then Albuquerque High School, where he excelled in both academics and athletics. One of his favorite activities was wrestling where took place third in state. He also played football and he was Capitan of the football team.

While attending Albuquerque High, he met the love of his life Johnnie Mae Dean and one year later, were married on May 20th, 1962. To this union, three beautiful children were born, James C Johnson Jr, Karen A Griffin (Robin) and Kathy E Johnson - Pouncil (Barry).

He attended UNM and graduated with a BA in Education. With a passion for teaching and unable to support his family on that salary, he moved on to become a salesman. He worked in this capacity until he retired in 2008.

Pastor Johnson got saved at age 16 under the Pastorship E.C. Cox at First Church. He had a calling on his life but never accepted this calling until 1982. He willingly served in many capacities beginning at Joylight Church of God in Christ under the leadership of now Supt. Claude Bell. He was licensed as a minister by Supt Bell and ordained by Bishop Griffin on October 10, 1993. He served as assistant Pastor for Supt. Bell for many years. He held many state positions such as chairman of the Elders council, head of the finance committee, and head of ordination board.

In 2003, God called him to do a ministry on the Westside. From this calling Grace Covenant was born. We begin the ministry with God’s perfect number of 7. God gave a vision and plan to grow the ministry in phases. God placed his anointing on seven people to grow from a built out rented space to purchase a free standing building in 2013. Pastor Johnson was known as a prayer warrior through the Holy Spirit many Elders, Ministers, Missionaries, Teachers, and New Prayer Warriors began their ministry. His wisdom, humbleness and capacity to love unconditionally will be missed by his family, his church and those who knew and loved him.From the date he accepted his calling until the time the Lord called him home, he remained a faithful servant. His famous words were: “To be absent from the body is to be present with the Lord and either way it is a win / win for believers.”
To view information or leave a condolence, please visit www.danielsfuneral.com
Strong-Thorne
1100 Coal Ave SE
Albuquerque, NM 87106
505-842-8800


Your browser does not support this video format. You should be able to view it in Chrome, Safari or Internet Explorer.
To order memorial trees or send flowers to the family in memory of Rev James Johnson, please visit our flower store.