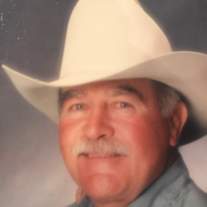 Johnny Baillio, 74, passed away peacefully on Tuesday, December 8, 2015. He was born on November 22, 1941 to Curtiss and Vida (Engstrom) Baillio of Alexandria, LA. The Baillio family moved to Albuquerque, NM when Johnny was 12 years of age.

He graduated from Sandia High School in 1960 and then served in the U.S. Army. Upon his return from his military service he co-founded Johnny’s TV & Stereo with his father Curtiss, brother Jack and various family members. In 1982, Johnny’s TV & Stereo officially changed its name to Baillio’s. Johnny is still remembered by many for his TV ads daring shoppers to, “CALL ‘EM UP” if they found a lower price anywhere. Evidently it resonated with New Mexico shoppers because Baillio’s is still going strong after 48 years, thanks in part to Johnny’s leadership. After his retirement from Baillio’s, he fulfilled his lifelong dream of becoming a cowboy and his happiest years were spent ranching.

Johnny was a tremendous athlete who was inducted in the Albuquerque Softball Hall of Fame in 2007 as a slick fielding first baseman, prolific hitter, and base stealer for the powerful Albuquerque Roadrunners. He enjoyed cutting horses, fishing, dancing and coaching softball and little league baseball. In his later years Johnny shared stories of his sports exploits, which he admittedly embellished somewhat over the years. He once admitted to occasionally exaggerating his sports accomplishments when he said, “Yep, the older I get…the better I was.” He was great and will be sorely missed by all! For all those who knew him…imagine this scene…Johnny arrives at the pearly gates and is greeted by St. Peter, who hands him his first baseman’s mitt and says, “Welcome…Now let's PLAY BALL! You played a GREAT game Johnny – You will not be forgotten!'

Cremation has taken place and a Memorial Service will be held at 6:00 PM on Thursday, December 17, 2015, at Strong-Thorne Chapel, 1100 Coal Ave., SE, Albuquerque. The Rosary will be recited at 9:30 AM followed by the Celebration of Mass of Christian Burial at 10:00 AM on Friday, December 18, 2015 at Queen of Heaven Parish, 5311 Phoenix Ave. NE, Albuquerque. To view information or leave a condolence, please visit www.danielsfuneral.com.

Your browser does not support this video format. You should be able to view it in Chrome, Safari or Internet Explorer.
To order memorial trees or send flowers to the family in memory of Johnny Baillio, please visit our flower store.