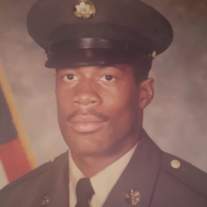 Age 60, passed away Tuesday, August 29, 2017. Johnny was a graduate of Albuquerque High School, He joined the United States Army in  after graduating from high school.  Where he spend over 21 years.  He was a true advocate on behalf of his fellow Veterans.

To order memorial trees or send flowers to the family in memory of Johnny Lewis, please visit our flower store.