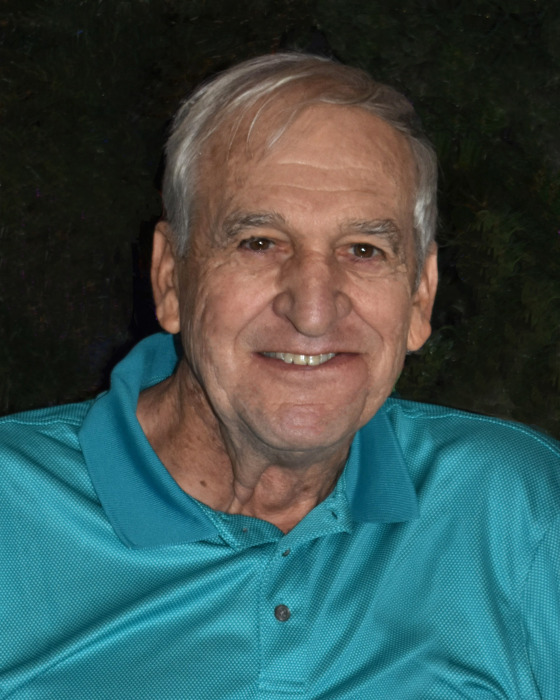 Kent Carleton Croasdell passed through the gate to the eternal ballgame on Tuesday, April 20, 2021. We picture him now with a hot dog in one hand, a Pepsi in the other, a scorecard in his pocket, and a smile on his face. He had been hospitalized following a series of strokes. Despite the current pandemic he was able to have loving family at his bedside at the time of his passing.

Kent was born July 11, 1941 in Pontiac, Michigan to Howard Sutton York, Jr. and Teresa Frances Felice. After his parents divorced, Teresa married Jack Croasdell. The family moved to Pueblo, Colorado where Kent would spend his formative years. He married Janice Nowak in 1961 in Ogallala, Nebraska; together they would raise five children and share in the many adventures of a large and loving family. Kent completed a degree in Math Education from Colorado State College at Greeley in 1964. Following his graduation, he and Janice piled their two young sons into the back of their Dodge Dart and moved to Los Alamos, NM where Kent took a position as a math teacher at Cumbres Junior High School. They would be blessed with three more children while living in New Mexico. Kent was recruited to work in P division at Los Alamos National Laboratory in 1967 where he remained until his retirement in 2001. Working as a physicist and mathematician at a national nuclear laboratory through the Cold War and beyond provided a fascinating professional career. After retirement, the couple moved first to Pocatello, Idaho and then to Mesa, Arizona where they have lived since 2015. Kent spent his time watching Wheel of Fortune, playing bridge and bocce with his friends and family in Arizona. He loved going to shows with Janice and very much enjoyed their date nights.

As described by a friend, Kent was a professional enthusiast. He was a highly social person who brought his personality, energy, passion and wonderful sense of humor to all of his endeavors. A devoted father, he rarely missed a performance, scout outing, musical recital, teacher conference or ballgame. His love and support of family and tradition carried over to a devotion to the Blessed Virgin Mary and the Catholic Church. He served on the Parish Council and Finance Committee at the Immaculate Heart of Mary parish in Los Alamos. He and Janice were regular parishioners at St. Bridget’s in Mesa, AZ where he loved to sing along with choir and “whisper” his insights during the homily.

Kent was an avid sports fan who thrived on the spirit of competition. A skilled athlete, he played a lot of football, softball and golf in his youth. In later years, Kent lived vicariously through his kids, grandkids and participants in the thousands of games he watched in person and on TV. Hundreds of youths benefitted from the many hours he devoted to being a coach, board member and organizer for numerous youth sports leagues. Among his many activities, he helped start the Young American Football League (YAFL) in Los Alamos, NM, coached dozens of Little League baseball teams, served as President of the Los Alamos Hilltopper Boosters club and helped form Club 1663 – an employee organization providing recreational programs and services to workers at Los Alamos National Laboratory.

Kent will be forever remembered for his infectious laugh and quick wit. He loved music and would sing along to any 50s tune. His favorite dessert was chocolate in most any form, but certainly in a seafoam chocolate cake made by his daughter Diane. He also loved Oreo cookies, Suzy Q’s and a good chocolate malt -- shared with anyone who wanted to share. As if by fate, the last meal that he was able to enjoy was his favorite meal: a giant plate of spaghetti; He even spilled a little sauce on his hospital gown for good measure.

A rosary and funeral mass will be celebrated for Kent at St. Jude Thaddeus Catholic Church (5712 Paradise Blvd NW, Albuquerque, NM 87114) on Monday May 3rd. The rosary will take place at 9:30 a.m. with the mass to follow at 10:15. Services will be live streamed.

The family requests that in lieu of flowers, memorials may be made to Father Flanigan's Boys Town, St. Jude’s Children’s Research Hospital, or the charity of the donor’s choice.

Gifts dedicated to Kent C. Croasdell for Father Flanigan’s can be mailed to Boys Town, PO Box 8000, Boys Town, NE 68010 or made through their website:
https://support.boystown.org/…

Gifts to St. Jude’s can be made at https://fundraising.stjude.or…

To order memorial trees or send flowers to the family in memory of Kent Croasdell, please visit our flower store.