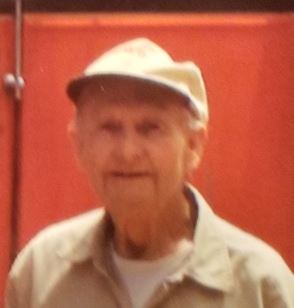 Larry was a truck driver by profession. An Owner/Operator of his own equipment and, along with his brothers, was a partner in a family owned trucking company and traveled many miles throughout the southwest behind the wheel of an 18 wheeler.  This was a profession Larry was very proud of.

Larry served his country as a Corporal in the United States Army. Larry was trained as a Tank Operator, and was deployed at the very end of the Korean Conflict, and was on his way to Asia when the war ended. Making it as far around the globe as Guam.

Larry liked to go camping and to fish. He liked old cars, and trucks, and tractors. In his later years he’d become a bit of a gentlemen farmer, and grew hay in the field next to the family home. Larry could be seen ‘making laps’ in the field on one of his old tractors. He seemed to enjoy it.

Also, neighbors and special friends, Dennis and Kathy Sanchez and Robert Lucero. We thank you for all you’ve done for Uncle Larry. Bless you.

A viewing for Larry will be held at Strong-Thorne Mortuary Chapel on Friday, August 24th, from 6-8 pm. And a graveside service at Sunset Memorial Park to be held on Saturday, August 25th, at 1:30 pm.

Larry will be laid to rest with Military Honors, near his Parents, and many of his siblings.

Larry, we miss you already…..

To order memorial trees or send flowers to the family in memory of Larry McKinney, please visit our flower store.