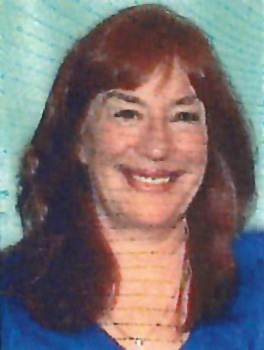 Lauren was born on April 20th 1960 to Robert H Gross III and Madonna Daniel in Abilene TX. After graduating from high school in ST Louis MO, she went on to study at the University Of Utah where she obtained her degree in fine arts and dance.

After graduation, she moved to Los Angeles CA and landed her first job with the Oppenheimer Co. She eventually went on to settle in Albuquerque NM. She worked a flourished for the last 9 years at the Lowe’s Cooperate Call Center in Albuquerque, where she obtained the level of District Install Manager.

Lauren went on to have 2 children, Jackson C Kivler and her Step son Daniel A Kivler JR.

When Lauren had her children, she decided to dedicate her life to being a fantastic and wonderful mother. Lauren excelled at propping up her boys and supporting them through the many passions and difficulties of their lives.

Lauren was a passionate advocate in the fight for Autism Awareness and when she wasn’t filling her home with warmth and kindness, she could be found next to her son Jackson researching Autism. We will miss her greatly.

The family requests that all flowers and notes are sent to Daniels-Strong-Thorne at 1100 coal SE Albuquerque NM 87106. There will be a memorial service at the Daniels-Strong Thorne location 1100 Coal SE Albuquerque NM 87106 on Wednesday July 28th at 11 am. To view information or leave a condolence please visit www.danielsfuneral.com
Daniels Family Funeral Services
1100 Coal Ave SE
Albuquerque, NM 87106
505-842-8800

To order memorial trees or send flowers to the family in memory of Lauren Kivler-Gross, please visit our flower store.