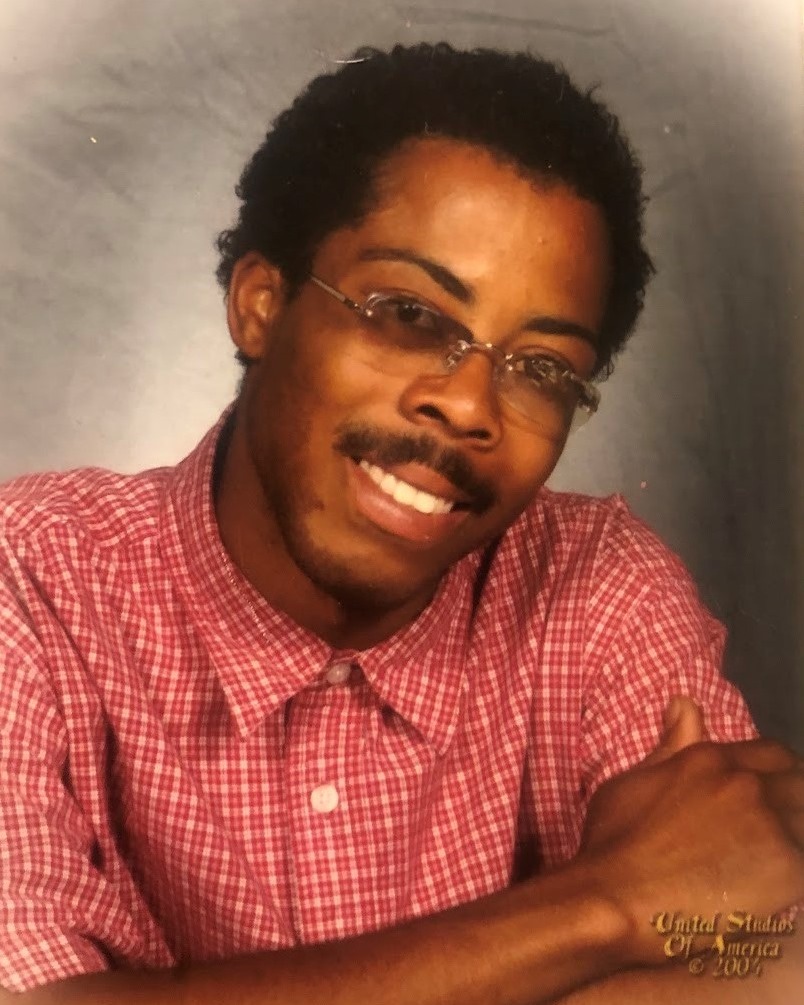 LeDonta Shimore Joseph Jenkins was born December 18, 1979 in Albuquerque, NM. When he was brought to his Mother Janna Jenkins the day he was born; when she was speaking to him he wanted to talk with her. Every time he opened his mouth to speak, bubbles would come out.

LeDonta was always kind hearted, caring, sharing and loving. He had the ability to connect with people starting at a young age. He was actively involved in all his siblings' lives. He was his Mother’s rock and at the age of 13 he cared for his two younger brothers when they were born because his Mother worked two jobs. He played a critical role in their lives, he was like their Dad. On Father’s day he was also blessed with a Father’s day card because he was more than a big brother. At age 12, his first job was mowing lawns. He was talented at going door-to-door asking people in the community if they needed their grass cut. In the 12th grade he started working at MCI Communication Company. He truly enjoyed this job and talked about this experience often.

LeDonta was a quick learner in everything he did. He was gifted as an Entrepreneur. He could sell chocolate ice cream to someone wearing white. He loved all types of music, not a day went by that he didn’t listen to music. Sometimes you would even catch him listening to music and dancing at a bus stop and it would put a smile on your face. He also enjoyed cooking and eating new foods. He had a sweet tooth and his favorite dessert to eat was ice cream. He absolutely loved the outdoors. He was an active walker and walked at a fast pace. If you ever walked with him, it was challenging to keep up so you would have to remind him to slow down.

LeDonta was the most dependable person you will ever meet. Whenever his family needed him we could always rely on him. LeDonta had a way of making everyone he interacted with feel special. He always remembered everyone’s birthday no matter where he was, he would call or send a birthday card to you to celebrate how much you meant to him.

LeDonta modeled Jesus’s principles of loving people. He deeply loved people and would do anything in his power for you. Laughter is medicine and LeDonta knew that. He was so joyful and laughed all the time. His laugh was radiant, shining as bright as the sun. When he transitioned to be with the Lord, his spirit of joy visited our family through dreams and visions.

He grew up going to Faith Temple Church of God in Christ. He loved our Heavenly Father and talked about how one day he would be with Him. Two weeks before LeDonta’s 43rd birthday his Grandfather Alex Stevens visited him in his dream telling him “to look up.” His Mother asked him if he knew what that meant and he said yes. We know LeDonta is in the Heavenly realms and he is free.

He is preceded in death by his Grandparents who provided him unconditional love, Alex James Stevens and Matilda Stevens.

To order memorial trees or send flowers to the family in memory of LeDonta Shimore Joseph Jenkins, please visit our flower store.