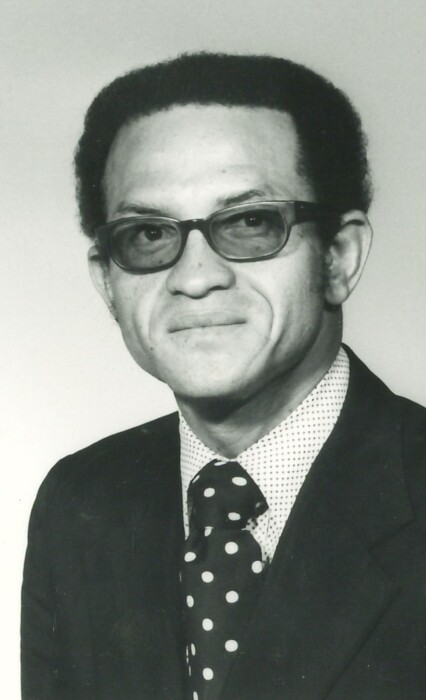 Elder Lewis Butler II was the oldest of three children. Born to Rev. Lewis Butler Sr. and Mattie Louise Pitts Butler on July 14, 1947.
Lewis was a lifelong resident of Albuquerque. He graduated from Albuquerque High in 1965.
He and his family became members of Metropolitan Temple Church of God in Christ in 1957, under the leadership of Bishop W. C. Griffin It was there where his love for the ministry began. Giving his life to the Lord.   He went on to becoming the assistant pastor where he served for many years.
Elder Butler met his wife, Linda Marie Amos at Metropolitan Temple Church of God in Christ and married her July 10, 1977, and to this union was born two children Brian Lamont Butler and Michelle Marie Butler.
Elder Butler and Bishop Griffin often traveled together spreading the gospel and preaching. Countless shut-ins and revivals were attended where souls were saved leaving many people inspired and touched by the message preached. They depended on each other and spent many days talking and discussing scriptures.
After the death of Bishop Griffin, Elder Butler founded Word for Deliverance, for both radio and TV broadcast reaching millions across the world. The feedback was as far as North Europe, South Europe, and West Africa.  He spent his entire life working in the ministry and mentoring to those incarcerated.  His prison ministry was dear to his heart.
He spent his final years enjoying his grandchildren, talking and breathing the word of the Lord into them. He was blessed to meet the newest addition to the Butler family. De’von who is now 2 months old.
He was called home to rest on March 4, 2022.
He was preceded in death by his father, Rev. Lewis Butler Sr.; his mother, Sis. Mattie Butler and his brother, Henry Lee Butler.
He leaves to cherish his precious memories his son, Brian Butler of Albuquerque, NM and daughter, Michelle Highsmith of Phoenix, AZ; five grandchildren, Shamon Runyon, Maleeya Highsmith, Deven Highsmith, Jizelle Highsmith, and De’von Butler.

To order memorial trees or send flowers to the family in memory of Lewis Butler, please visit our flower store.