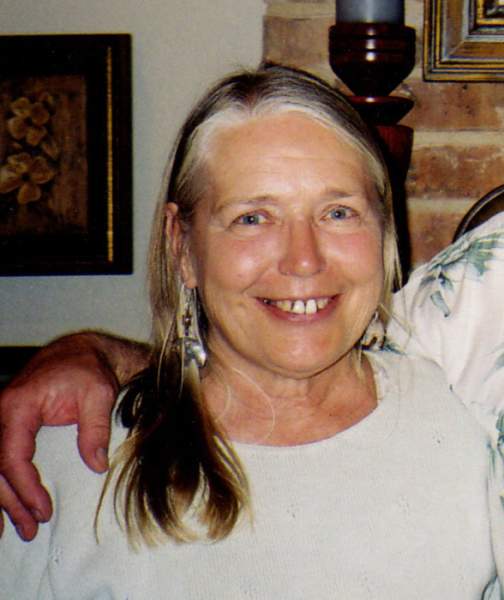 Linda Ruth Robinson died on the first day of spring, March 20, 2018 at her home in La Cueva in the Jemez Mountains. She was 73.

Linda was predeceased by her father William Aaron Robinson (1983) and her mother Maybelle Elizabeth (Cummings) Robinson (2006). She is survived by John Dickenson, her companion and partner of 32 years, her son Diego Robinson, her brother William A Robinson (Joan), her nephew Will Robinson (Teresa) and grandniece Dana Elizabeth Robinson.

Linda was born in San Antonio, Texas on October 7, 1944. She graduated from Thomas Jefferson High School in San Antonio in 1962 and later attended San Antonio College and Texas Tech University in Lubbock, Texas. Linda moved to the Jemez Mountains in New Mexico in 1982 where she often stayed at the Bodhi Mandala Zen Center in Jemez Springs.

Linda started with the US Forest Service, Jemez Ranger District, in 1986 as a volunteer at Cerro Pelado Fire Lookout with her young son, Diego. She was eventually hired on as a seasonal worker and later had a permanent appointment as a Forestry Technician. Her jobs with the Forest Service included: Fire Lookout, Wildland Fire Fighter, Fire Prevention Technician, Forest Protection Officer, Timber Marking Crew (Jemez and Cuba Ranger Districts), Small Timber Products sale administrator (Jemez and Cuba Ranger Districts), and Fisheries liaison with college interns in the "Respect the Rio" program. Linda often filled in for the front office and the Walatowa Visitors Center where she was known for her friendly smile and helpful attitude. She retired from the US Forest Service in 2015.

Linda loved wildflowers and enjoyed seeing them when hiking and dog walking with friends and neighbors and encouraged wildflowers to grow in her yard. She loved to work in her flower gardens and is remembered for giving away many Irises and "Egyptian Walking Onions". Linda also enjoyed cross country skiing, snowshoeing, and road trips to Pagosa Springs , Colorado; Red River, New Mexico and other places with John and her Gal Pals and other couples and friends. She fostered several cats and dogs for Animal Amigos and often ended up adopting them. "Magic Mike", a canine escape artist, was adopted in 2013 and surely misses walks with Linda and the Horseshoe Springs walkers.

A Memorial and Celebration of Life will be held at the Jemez Mountain Baptist Church in La Cueva on May 5, 2018 at 10 am.

To order memorial trees or send flowers to the family in memory of Linda Robinson, please visit our flower store.