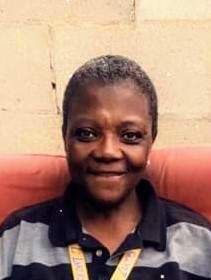 Margaret attended Eugene Field Elementary, John Adams Middle School, and graduated with her high school diploma from West Mesa High School in Albuquerque, New Mexico. She continued her education at Albuquerque Job Corps and Central New Mexico Community College. While attending Arapahoe Community College in Littleton, Colorado, she was a straight “A” student and made the Dean’s List.

Margaret held various positions serving the community in the customer service industry as well as in the health care industry as a nurse technician.

Margaret was very charitable, compassionate, thoughtful and had a humble heart with a distinctive sense of humor. Margaret was open to offer a lending hand without question which contributed to her loving personality. She had compassion for others and was filled with so much sympathy and thoughtfulness to where she would go out of her way to help. Additionally, Margaret had a humble heart that will leave a positive mark on all our souls. Lastly, Margaret had a distinctive sense of humor that brought joy to many.

She was preceded in death by her father Curley C. Griffin and her sister Annie Ruth Garrett.

To order memorial trees or send flowers to the family in memory of Margaret Griffin, please visit our flower store.