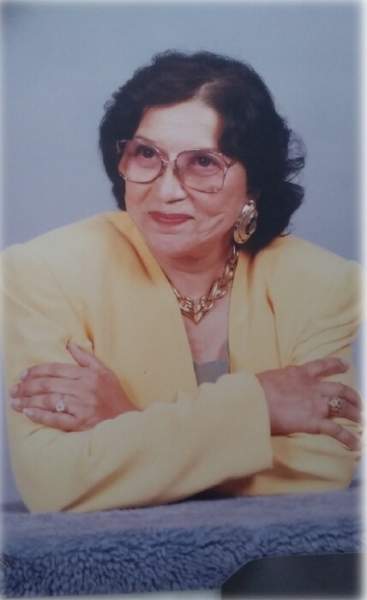 A life resident of Albuquerque, NM died on Thursday, December 10, 2020. She was born November 23, 1927 to Andrew and Anna Clayton, the youngest of ten children. Ruth accepted Christ at an early age and united with Mount Olive Missionary Baptist Church. She united with Women Missionary Union. Ruth served as pianist for the church and youth choir.

Ruth graduated from Albuquerque High School and attended the University of New Mexico and also as a student of piano, she received a scholarship from Dan Felser School of Music.

On July 15, 1946 Clifford Sr. and Ruth were united in marriage, and to this union were born four children: Dorothy Jean (deceased), Patricia Ann, Lunette Louise, and Clifford Jr. (Kippy-deceased).

Ruth was employed by the Federal Government at Kirtland AFB for thirty-two years. While employed she received promotions and outstanding performance awards. Her community activities included: volunteer tutor for Albuquerque Literacy programs, participated in the presidential elections and charitable organizations. Ruth was a Life member of the Home Circle Club where she served as president, vice-president and secretary.

Ruth received many awards and received many awards and recognitions from various organizations. In March, Beta Nu, of Iota Phi Lambda Sorority presented her the 2020 Senior Award, The Ministers’ Fellowship of Albuquerque and Vicinity presented her the 2019 Community Citizens Award, Mount Olive Mission Society in 2011 and 2016 presented an Appreciation Award, and was recognized in September 2018 as a member of Mount Olive’s Golden Club 90 Plus.

To order memorial trees or send flowers to the family in memory of Marjorie Rhoten, please visit our flower store.