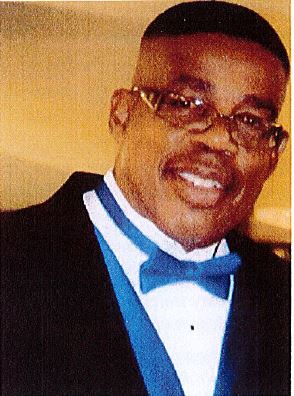 Michael Spicer was born in Albuquerque, New Mexico on March 28,

1958 to Glen T. Spicer and Della L. Spicer. He was the youngest of the family and the 9th of 9 children.

He attended John Marshall Elementary, Lincoln Jr. High and Albuquerque High School, where he played on the football team.

As an adult he discovered an interest in several careers, but ultimately spent decades in the trucking industry. He enjoyed the freedom of the road, the many opportunities to see interesting places, and meet different people.

Michael truly loved and enjoyed his family. When he wasn't working you would find him visiting with them and his friends.

One of his distinct personality traits, was his quiet charm, and his sharp dressing. One of his hobbies was music.

He listened to it, wrote it, and performed it. He was a natural. He turned out his wedding by performing his rap rendition of Ice-Ice Baby. He dropped the mic and brought the attendees to their feet. When he wasn't rapping, he performed what he called his back up jam, "The Tracks of My Tears". He was proud and loud about continually winning the first place prize at the family talent shows.

Another interest was the Los Angeles Rams. He didn't miss a televised game, any media coverage, "all" forms of memorabilia, and was able to meet one of his goals of attending games, in person. He made gift giving easy for his family and his friends.

On May 12, 2018, Michael Spicer suddenly answered the voice of God at his home, where he was surrounded by his devastated family.

Michael leaves to mourn his passing: his loving wife, Glenda Spicer, two beautiful daughters: Nia Spicer, Brandy Spicer, and a special granddaughter; Bria Spicer; his siblings, Jesse Spicer and his wife Yvonne, Katherine Spicer-Morgan, and Leroy Spicer. There is also a host of nieces, nephews, other relatives, and many friends.

To order memorial trees or send flowers to the family in memory of Michael Spicer, please visit our flower store.