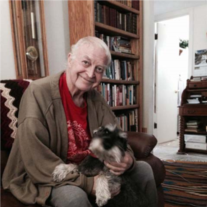 Nick William Nail was born March 8, 1940 in Terlton, Oklahoma to H. Hadley and Katherine Nail. He passed away March 29, 2016 at his home in Albuquerque. He was preceded in death by his parents, his sister Pamela Ethridge, and an infant brother.
He is survived by his daughter Jennifer Nail of Albuquerque, her children Alexander Pi and Olivia Nail-Beatty; daughter Nikayla Nail Thomas and her husband Aaron of Houston, their children Jackie and Berent Thomas; sister Kay Dahl and husband John of Albuquerque; nephew Dr. Brett Sherry of Boston; niece Alixana Buvinghausen and husband Robert of Devine, Texas; and their children Jordan and TJ Buvinghausen.
Nick was a lifelong resident of Albuquerque, moving here at age 3. He attended Monte Vista Elementary, Jefferson Junior High, and graduated from Highland High School in 1957. He attended UNM before being drafted into the Army. After being Honorably Discharged, he returned to Albuquerque, where he became a researcher for New Mexico Title Company. He later moved to First American Title Company, becoming Vice President. During this time, he married Mary Ellen Butler and had his precious daughters.
Nick embraced his Cherokee Indian blood and was a proud member of the Cherokee Nation in Tahlequah, Oklahoma. He was editor of the Albuquerque Cherokee Township Newsletter as well as a council member. He was a member of the Rio Grande Sailing Club, New Mexico Faceters Guild, National Mushroom Society, and he attended the Cherokee Holiday in Tahlequah every Labor Day for many years.
His family and friends will always remember his easy smile and quick laugh. He was a warm and welcoming man. He honored all of nature, and especially loved God’s creatures.
Gravesite services will be held at 11 a.m. on Saturday, April 2 at Fairview Memorial Park.  In lieu of flowers, please donate to animalhumanenm.org. To view information or leave a condolence, please visit www.danielsfuneral.com.
Strong-Thorne Life Events Center
1100 Coal Ave SE
Albuquerque, NM 87106
505-842-8800
To order memorial trees or send flowers to the family in memory of Nick Nail II, please visit our flower store.