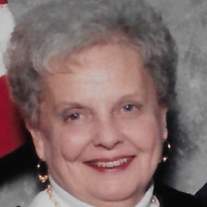 Patricia Ann Ranville, 89, passed away into new life on October 23, 2017 at her home in Albuquerque. A resident of Albuquerque for more than 70 years, Patricia was born March 16, 1928 in Cadillac, Michigan.  She moved to Albuquerque after WWII where she met her future husband Harry Ranville and later raised four children.  She grew to love the southwest for its weather and its people.  A long-time member of St. Andrew’s (later Cornerstone) United Methodist Church, she was an active member of the choir and of the Do-Mores, a United Methodist Women’s group.  Preceded in death by husband Harry in 2006, she loved, and was much loved by, her children, her ever expanding circle of grandchildren, great-grandchildren, close friends and “children of another mother” who also called her Mom.
Her grandchildren and great-grandchildren loved the times they spent with Grandma whether at home for holidays and summers in New Mexico or half way around the world.  Sons Tim and Matt are thankful that through the love and care provided daily by siblings Tom and Dianne, their mother was able to live out her days at the family home.
Visitation is scheduled for Friday, October 27th from 5-7 p.m. at Strong-Thorne Mortuary, 1100 Coal Ave SE.  Services are scheduled for Saturday, October 28th at 11:00 a.m. at Strong-Thorne, with interment to follow at Sunset Memorial Park.
In lieu of flowers, the family asks that memorials be given to Cornerstone United Methodist Church or your favorite charity.
To order memorial trees or send flowers to the family in memory of Patricia Ranville, please visit our flower store.