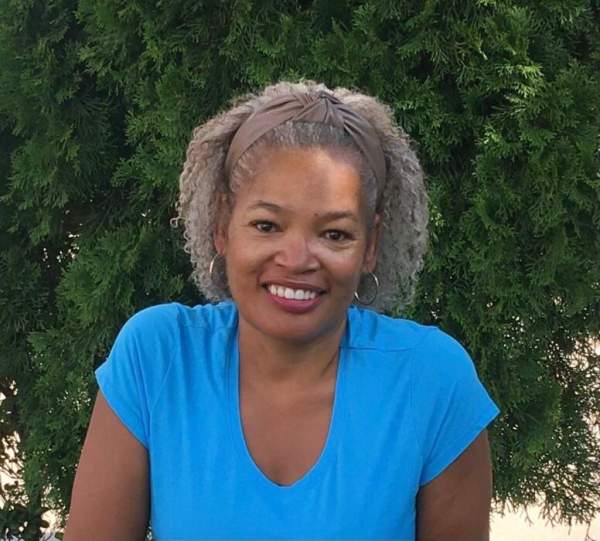 On Saturday, August 28, 2021, Dr. Paulette Ford, a Research Ecologist in Albuquerque, New Mexico, passed away unexpectedly at Presbyterian Hospital, surrounded by her family. She was 56 years old.

Paulette's Amazing Life - In Paulette's formative years she lived in Morocco, because of her father’s career in the Navy. She spent a lot of time reading, and exploring the fields and cork forests outside the city of Rabat, Morocco. Upon return to the United States, she lived in Akron, Ohio and attended St. Bernard and St. Vincent Elementary Schools, and St. Vincent/St. Mary High School. She worked as a janitor after school to help pay her tuition. Her family then returned to San Diego where she graduated from Serra High School. She then attended the University of Albuquerque and the University of New Mexico (UNM) for her undergraduate degrees. She enjoyed field biology and took every opportunity to go on mammalogy and marine biology field trips, including multiple trips to Mexico. She also took a parasitology class that she excelled in, and thereafter did undergraduate research describing eight new species of parasites. In her honor a new parasite species was named after her, Eimeria paulettefordae.

Paulette also spent time in the Peace Corp in Paraguay after graduating with dual degrees in Biology and Psychology in 1989. After that, she returned to UNM start a master’s degree program in Biology. While working on her master’s research on amphibians of dry tropical forests, she described tadpole species, community patterns, and breeding preferences. She earned her master’s degree in 1992. She completed her Ph.D. in Renewable Natural Resources, with a minor in Ecology and Evolutionary Biology from the University of Arizona in 2000 and became a Research Ecologist with the USDA Forest Service Rocky Mountain Research Station in Albuquerque.

Her expertise is sought after and is widely recognized for her research on climate change, grasslands ecology and disturbance in Southwestern ecosystems. During her 28-year career with the Forest Service, she received 25 merit, achievement, and civil rights awards from RMRS and two awards from the Chief of the Forest service for her work on grasslands and drought. She also received four awards from the USDA National Grassland Council for her leadership, service, and research on the Kiowa National Grassland. Lastly, she is recognized in academia and industry—by the Consumers Energy, General Motors, Prairie View A&M University, Oakland University and the Women of Color Magazine (WOC)—for her positive and impactful role as a woman of color in the field of Science, Technology, Engineering, and Mathematics (STEM). Paulette served as a2016 WOC STEM seminar panelist and she was awarded the WOC STEM Technology All-Staraward in July 2021.

Paulette was dedicated to helping those in need, and provided women and girls basic toiletries and necessities. She also volunteered for Habitat for Humanity and contributed time to helping those recover from Hurricane Katrina. She participated in long-distance bicycling events to raise funds for the Leukemia and Lymphoma Society. Furthermore, she worked with local sponsors such as Whole Foods to host special conservation events and sponsor educational supplies to students in under-served communities.

Paulette loved to travel the world for work and pleasure. She visited the Great Wall of China, South Africa, the Taj Majal in India, Australia, London, Ireland, Cuba, Jamaica, Alaska, Italy, France, Brazil, Bolivia, Mexico and Paraguay, just to name a few. She also loved to hike in the foothills and to bike in the bosque. Her favorite saying was to "keep it moving."

Paulette had given her life to Christ at the age of 13 and she was a born again, spirit filled Christian. She never waivered from her faith in Jesus Christ as her Lord and Savior and she often spent many nights praying for her family and her friends, for refugees and for those that did not know the Lord. She was known for her early morning phone calls and text messages "just checking on" all of her family and friends.

Paulette was a long-time member of Calvary Chapel of Albuquerque and supported her church’s program to support children in Mexico with Operation Christmas Child. She was greatly loved by her family, her colleagues and by people from many walks of life. Her colleagues remember her as a brilliant scientist, endearing loyal friend, a humanitarian and a devout Christian. She was also known for her witty sense of humor and for being the life of the party. Paulette will be greatly missed, but rest assured, if you know and love the Lord, you will see her again!

To order memorial trees or send flowers to the family in memory of Paulette Ford, please visit our flower store.