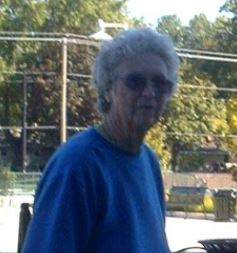 Age 89, passed away Sunday, December 17, 2017. Peggy is preceded in death by her husband Gino Napoleone and son Nick Louis Napoleone. Peggy is survived by her son Michael Napoleone and daughter Margaret Kalejta as well as numerous grandchildren and great grandchildren. Graveside service for Peggy will be Wednesday, December 27, 2017 at 1:00 pm at Gate of Heaven Cemetery and Mausoleum 7999 Wyoming Blvd NE, Albuquerque, NM 87109.

To order memorial trees or send flowers to the family in memory of Peggy Napoleone, please visit our flower store.